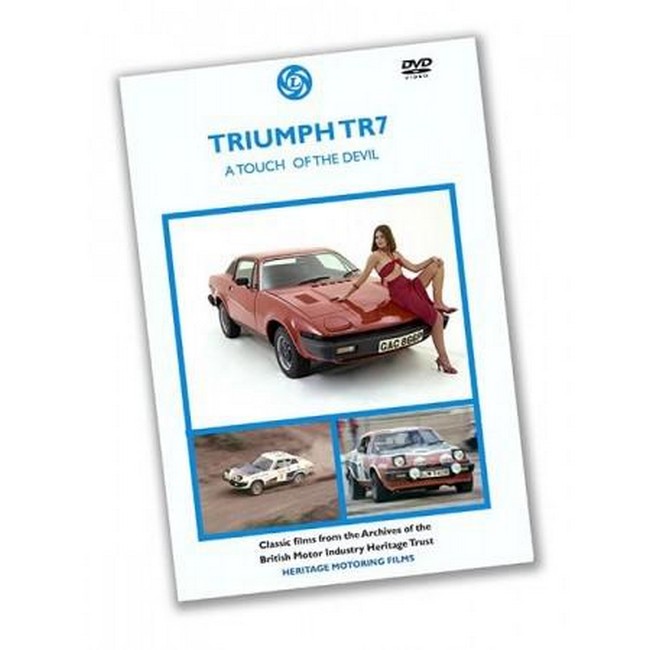 A compilation of classic films from the Archives of the British Motor Industry Heritage Trust re-mastered for DVD.

This quirky film was British Leyland’s answer to the challenge of promoting their unusual design to the all-important American market. The plot revolves around a New York salesman transported to the Speke factory in Liverpool by an attractive ‘witch’ in the style of the then popular US TV programme ‘Bewitched’.

The TR7 goes rallying in the USA with husband and wife team John and Vicki Buffam.

A fascinating contemporary record of the punishing progress of two TR7s through the Corsican landscape, featuring rally driver Brian Culcheth.

The Triumph TR7 V8 enjoying success on the Ypres, Manx and Mintex rallies during 1978-9. Among the drivers featured are Tony Pond and Murray Walker.