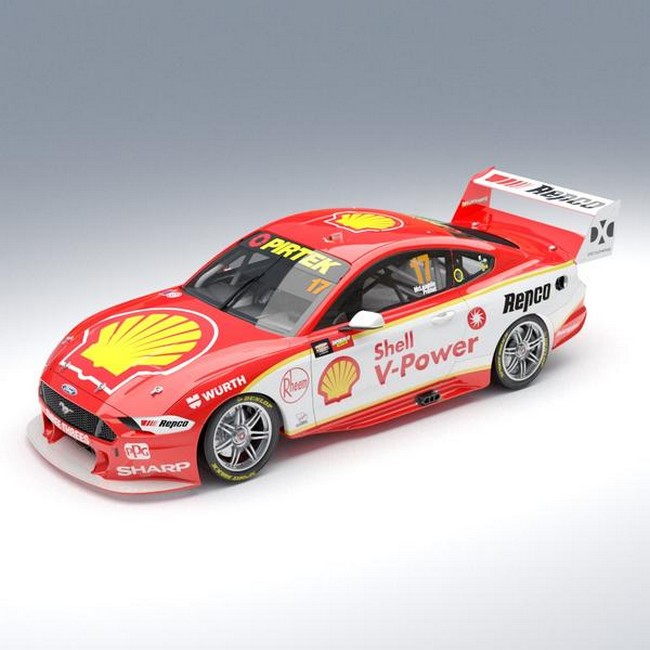 Limited Edition Number: To be announced. (Model will include numbered Certificate of Authenticity)

After setting that unforgettable pole lap in 2017 and claiming a podium finish in 2018, 2019 was the year where Scott McLaughlin and Alexandre Prémat finally stood on the top step of the podium holding the Peter Brock Trophy aloft as winners of Australia’s ‘Great Race, the Bathurst 1000.

Come race day, McLaughlin and Prémat either led or were among the lead pack all day but, after more than six hours of racing and a number of late-race Safety Car periods that set up a restart on Lap 161, it all boiled down to one final nail-biting lap. Despite cold tyres and immense pressure from a fast-finishing Shane van Gisbergen, McLaughlin skated his way around the mountain to take the chequered flag first, 0.6800s ahead of his Red Bull Holden Racing Team rival.

It marked the first Bathurst 1000 victory for both McLaughlin and Prémat, who became the first Frenchman to win the Great Race. The win fell 25 years after Dick Johnson’s last Bathurst win in 1994 and was the first since the formation of DJR Team Penske, with both Johnson and Roger Penske joining their drivers on the podium to celebrate an emotional and iconic triumph for the team.

Dressed in the Supercheap Auto Bathurst 1000 livery, don’t miss McLaughlin and Premats 2019 Bathurst Winner in 1:18 scale which is scheduled to be produced by Authentic Collectables in high quality die-cast with detailed interior and opening parts. This model will be produced in a limited edition with a numbered Certificate of Authenticity and a scale replica of the Peter Brock trophy will also be included.