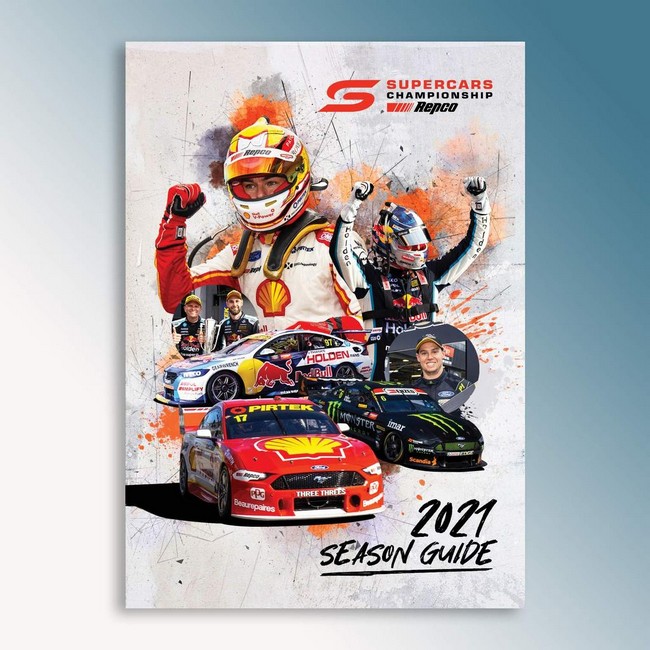 The 2021 Repco Supercars Championship Official Season Guide is the must-have publication for any Supercars fan.

For the first time, this Season Guide (normally only offered to official accredited media) is being made available to the public and will be produced in a limited print run.

V8 Sleuth has published the Season Guide for Supercars for the last three years and will once again produce it for the 2021 championship.

The cover for the 2021 Season Guide celebrates 2020 champion Scott McLaughlin, Bathurst 1000 winners Shane van Gisbergen and Garth Tander and championship and Bathurst runner-up Cameron Waters, who was voted the Driver’s Driver by his peers last season.

This A5-sized publication of approximately 200 pages is printed in full colour and is the perfect resource to have at your fingertips whether you’re watching a race on television or in person at the track.

The 2021 Repco Supercars Championship Season Guide will be available in time for the opening round of the new season.

With over 20 years in the Australian motorsport industry, Noonan is the head of V8 Sleuth. He’s held a range of roles including working in television with Seven and Ten, print media and public relations. With a specialty in Australian motorsport history, he’s known around racing paddocks as ’the Sleuth’ and started his motorsport media career in 1997