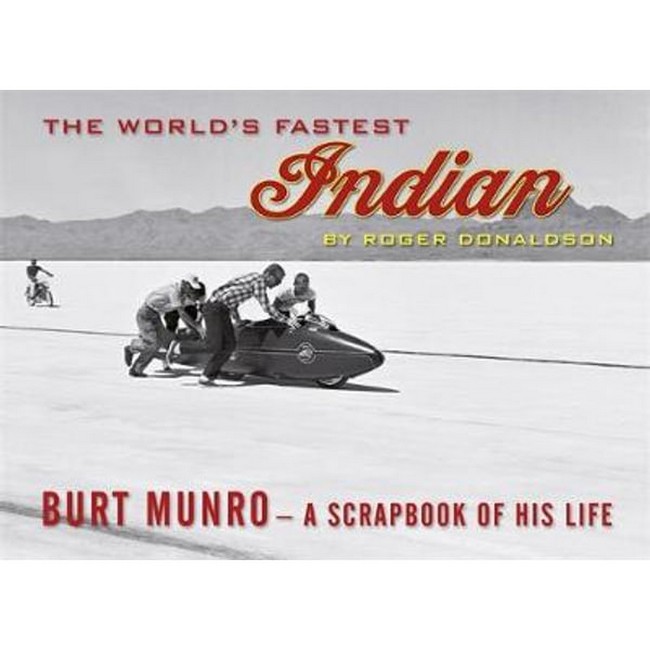 The real Burt Munro, inventor of the worlds fastest Indian motorcycle, in his own words. A fascinating collection of Burt Munro memorabilia including photos from his family album, newspaper clippings, and interviews with Burt himself, this book reveals the real Burt Munro - the man behind the movie. Roger Donaldson has been studying Burt Munro for many years. He made a documentary on him back in 1971, called Offerings to the God of Speed, as well as the 2005 international hit The Worlds Fastest Indian. During research for both films, he collected lots of material which has never been published, and Burts son also released Munro family scrapbooks to Roger, allowing them to be published here for the first time. In preparation for the doco Roger interviewed Burt and also taped Burt chatting to several of his cronies and coworkers. These tapes have been transcribed for this book, presenting the real Burt Munro in his own words.

Roger Donaldson is a high profile director of movies, from home-grown Kiwi movies, such as Sleeping Dogs and Smash Palace, to Hollywood blockbusters such as Cocktail, Cadillac Man and The Bank Job - not to mention The Worlds Fastest Indian. Originally trained as a geologist, he soon turned his attention to photography and advertising and then on to his real passion, film-making. He is now based in California but returns to New Zealand regularly.