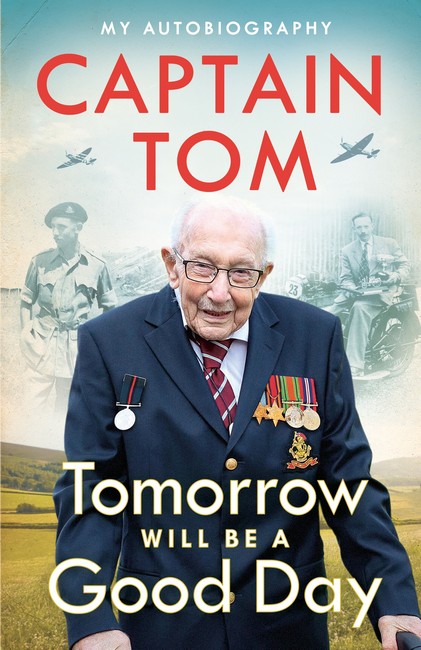 Tomorrow Will Be A Good Day

At the height of the pandemic, ninety-nine-year-old WWII veteran Captain Tom Moore began walking laps of his garden to raise e1000 for the NHS. By the time of his 100th birthday, hed reached e32 million and captured the hearts of the nation. In his official autobiography, announced alongside the creation of the Captain Tom Foundation, he tells us not only of his long life, serving in Burma in the war and racing motorbikes, but also how an old soldier with a can-do, never-give-up attitude inspired a nation to believe anything is possible by reminding us it is never too late.

Captain Tom Moore was born in Yorkshire in 1920. With the outbreak of World War Two he enlisted in the British Army and served throughout the war. He holds two Guinness World Records, for the largest sum ever raised by an individual charity walk, and for being the oldest person ever to have a number one hit single. He lives with his family in Bedfordshire. He set up the Captain Tom Foundation to help people help other people. Tomorrow Will Be a Good Day is his first book.@captaintommoore