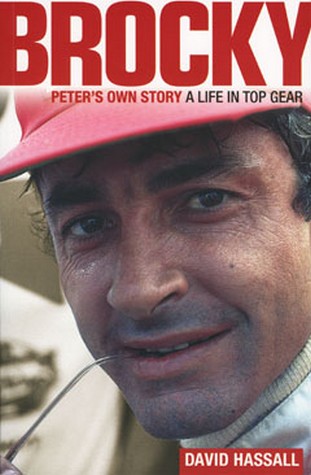 Brocky - Peter's Own Story - A Life in Top Gear

by David Hassall Code: 22705 Format: Paperback / 248 pages Publication date: 01/12/2009 Availability: Sold Out Price: AU $34.95
Publisher's Notes: When Peter Brock was tragically killed in 2006, the outpouring of grief from around Australia revealed how this charismatic hero had touched the nation like few other sporting champions. He transcended his own sport through his movie star looks and the power of his personality, but it was on great race circuits like Bathurst that the legend was forged. ‘BROCKY’ is his very own story of a remarkable career. Most of it was written before his death, and was checked and approved by the man himself. It is therefore as close to an authorised biography as there can be. This is the story of his life in top gear, as he wanted it told. Written by long-time friend and collaborator David Hassall, an award-winning motoring journalist, the book covers his turbulent relationship with Holden, the infamous Polarizer and recalls all the great races that made the Brock legend, taking you behind the scenes of an intriguing and often controversial sport. Apologies - in our initial promotion of this title, we advised that the book was 282 pages, it is in fact 204.
Format: Paperback
Pages: 248
Illustration: COLOUR THROUGHOUT
Availability: Sold Out
Publisher: DENNIS JONES & ASSOCIATES
Publication date: 01/12/2009
Country of publication: AUSTRALIA
Weight: 422 g
Dimensions: 232mm X 152mm
Code: 22705