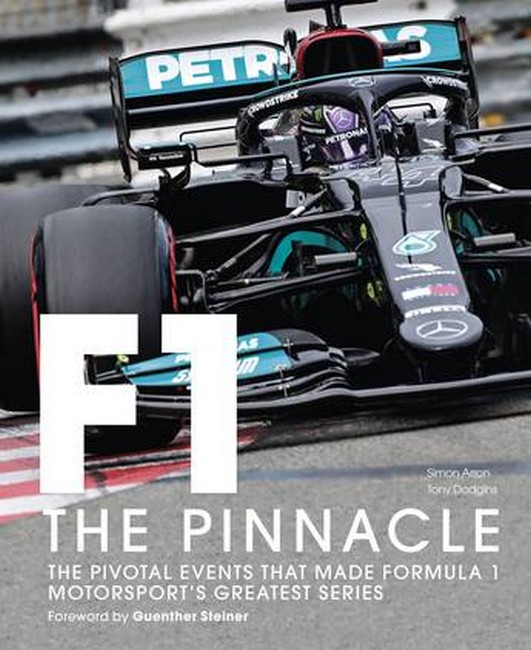 New fans will welcome a complete and highly illustrated guide to the history of F1, while older fans will be able to compare their own views of what were the pivotal moments of change, in a book written by a current F1 journalist with a lifetimes knowledge of the sport.

The book will link technical progress with the personalities involved, indeed many of the swiftest changes have come about as a result of accidents or tragedies - the death of Roland Ratzenberger at Imola in 1994, the same weekend as Ayrton Senna, could have been avoided by the HANS safety device. The introduction of the halo saved Romain Grosjeans life in Bahrain last year, but came about because of the tragic accident that claimed Jules Bianchi in Japan.

Along with changes to circuits and the technology of the cars, Dieter Rencken highlights the commercial changes and the controversies that threatened to split the sport apart - such as the breakaway series threatened by the teams, or the Prost/Senna clash that brought F1 into disrepute.

Dieter Rencken grew up in Pietermaritzburg, South Africa, watching F1 national races at the nearby Roy Hesketh Circuit. After a 20-year motor industry career he decided, at age 45, to dedicate himself to Formula 1 and moved to Europe. He has subsequently contributed to Autosport, F1 Racing, RaceFans, Racecar Engineering (UK), Sport Auto (France), Motorsport-Total (Germany), RacingNews365 (Holland) and F1 News (Russia). Dieter has received FIA F1 permanent accreditation since 2000 and has attended over 350 grands prix. He is well known in the paddock for his forensic unravelling of F1s complex financial arrangements, typified by his annual report: What the Teams Spend. He lives in Belgium halfway between Spa-Francorchamps and the Nu rburgring.