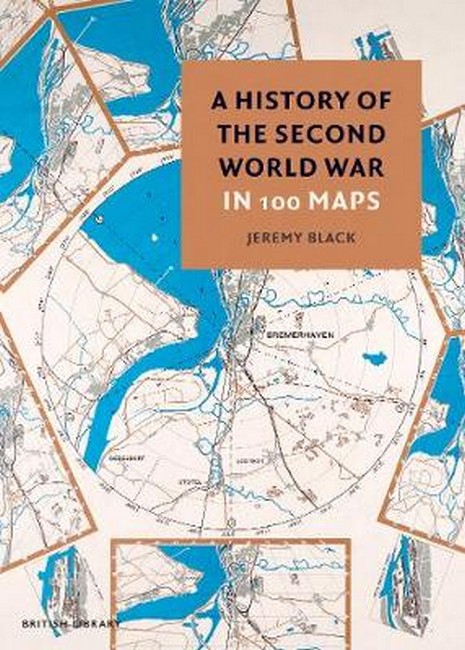 A History of the Second World War in 100 Maps

Whilst the First World War had seen an exceptional growth in the use and production of military cartography, the global conflict that followed employed maps, charts, reconnaissance, radar, sonar and the systematic recording and processing of geographical and topographical information on an unprecedented scale. It is impossible to understand the events and outcomes of the Second World War without deep reference to mapping at all levels. Maps themselves became the weapons and had a decisive impact. In this highly original work Jeremy Black, one of worlds leading military and cartographic historians, shows how fundamental maps were to the conflict as he charts its historical sweep across each of the major theatres. The books thematic arrangement -- exploring the conflicts maps through strategic, operational, tactical, reportage and propaganda means -- provides a truly ground-breaking perspective. The story is told through 100 key maps, many photographed for the very first time, from the unrivalled collections of the British Library and other major cartographic holdings.

Jeremy Black, internationally known military historian and Professor of History at the University of Exeter, is the author of The Cold War: A Military History, Rethinking World War Two: The Conflict and its Legacy and Metropolis, among many others. He is also a keen writer on maps and their history. This highly original book brings together two of his main research and writing interests.