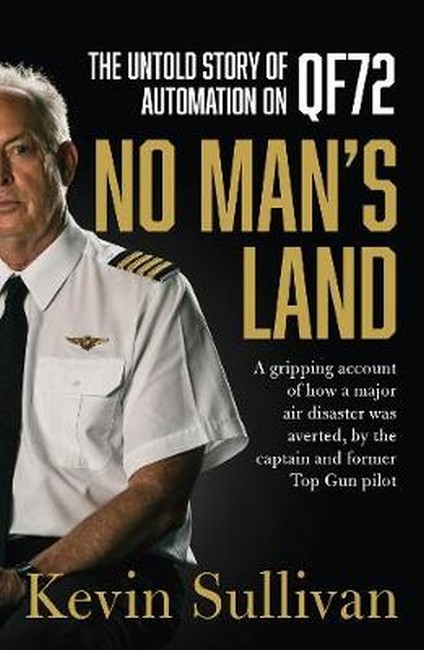 The Untold Story of Automation and QF72 by Sullivan, Kevin Code: 56743 Format: Paperback / 336 pages Publication date: 21/05/2019 Availability: In Stock. Usually dispatched same business day from Sydney, Australia Price: AU $34.99
A gripping account of how a major air disaster was averted, by the captain and former Top Gun pilot Instinctively, I release my pressure on the sidestick. Out of my subconscious, a survival technique from a previous life emerges: Neutralise! I'm not in control so I must neutralise controls. I never imagined I'd use this part of my military experience in a commercial airliner ... On routine flight QF72 from Singapore to Perth on 7 October 2008, the primary flight computers went rogue, causing the plane to pitch down, nose first, towards the Indian Ocean - twice. The Airbus A330 carrying 315 passengers and crew was out of control, with violent negative G forces propelling anyone and anything untethered through the cabin roof. It took the skill and discipline of veteran US Navy Top Gun Kevin Sullivan, captain of the ill-fated flight, to wrestle the plane back under control and perform a high-stakes emergency landing at a RAAF base on the WA coast 1200 kilometres north of Perth. In No Man's Land, the captain of the flight tells the full story for the first time. It's a gripping, blow-by-blow account of how, along with his co-pilots, Sullivan relied on his elite military training to land the gravely malfunctioning plane and narrowly avert what could have been a horrific air disaster. As automation becomes the way of the future, and in the aftermath of Ethiopian Airlines flight 302 and Lion Air flight JT610, the story of QF72 raises important questions about how much control we relinquish to computers and whether more checks and balances are needed.
Format: Paperback
Pages: 336
Availability: In Stock. Usually dispatched same business day from Sydney, Australia
Publisher: ABC BOOKS
Publication date: 21/05/2019
Country of publication: AUSTRALIA
Weight: 486 g
Dimensions: 234mm X 154mm
Code: 56743