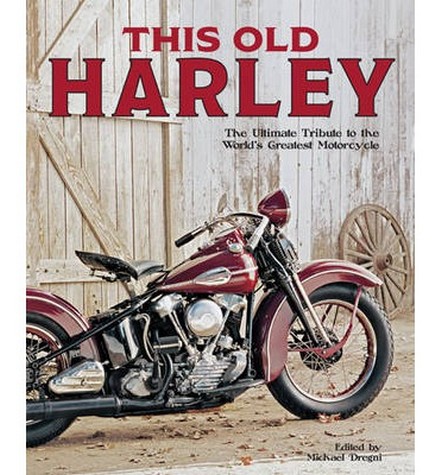 A roll down memory lane is a lot better on the back of a Harley. We all have "firsts" in our lives--our nervous first date, our euphoric first rock concert--and most of us who have motorcycling in our blood remember the first time we saw a Harley-Davidson. Harleys have a way of catching the eye, that extra "something" that sets them apart as the proudest, baddest, best-built machines around. Theres no denying the fact that Harley-Davidsons are more than just motorcycles; since its founding in 1903, the make has become an American icon revered around the globe. In "This Old Harley," editor Michael Dregni compiles the stories, tall tales, essays, and reminiscences of some of the biking worlds most respected characters. Featured here are the words of the late daredevil Evel Knievel, custom bike-builder extraordinaire Arlen Ness, renowned motorcycle journalists Peter Egan and Allan Girdler, and many others--including Harley-Davidson historian Martin Jack Rosenblum and several ordinary folks with a love for Harleys and a good yarn to tell. Fully illustrated with special artwork (including historic and contemporary photos, posters, illustrations, old postcards, and more), the book tells the entire story of our fascination with these incredible bikes. So whether youre still in awe of the first Harley-Davidson you ever saw, still riding and wrenching on Harleys as a diehard fan, or only just dreaming of Harleys for the first time, "This Old Harley" offers a tribute to the bike that stands alone in American motorcycling history, told exclusively by those with Harley in their hearts.