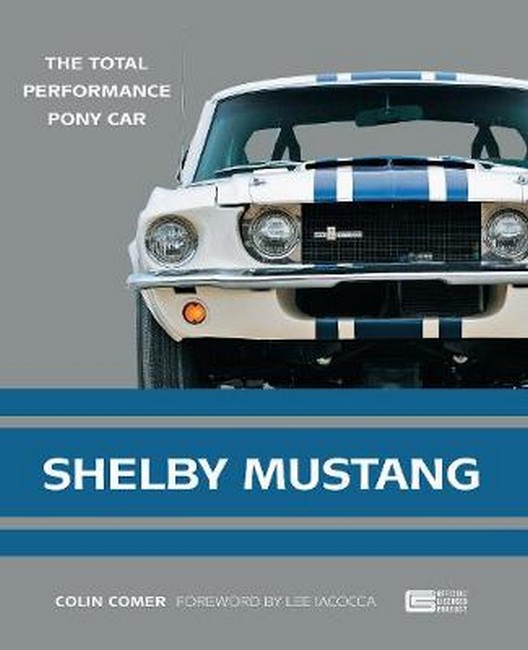 The Total Performance Pony Car by Comer, Colin Code: 57069 Format: Paperback / 240 pages Publication date: 12/09/2019 Availability: Available. Usually dispatched from UK 1-2 business days Price: AU $39.99
Shelby Mustang details the entire story of these fantastic cars, from the early prototypes built in Shelby's Los Angeles shop to today's Ford-engineered high-tech performers. Written by one of the world's foremost authorities on Shelby automobiles, critically acclaimed author Colin Comer, and with a foreword by Lee Iacocca, the American automobile executive credited with the successful development of the Mustang, this is the definitive account of the Shelby. When Ford wanted to toughen up its super-successful new Mustang, they approached Carroll Shelby to give it the performance image it so sorely lacked. Beginning with a 1965 "K-Code" 289-cubic-inch-powered Mustang fastback, Shelby applied the same formula that had made his Cobra sports cars such devastating performers both on and off the track: more horsepower, less weight, balanced handling. The GT350 quickly established itself as a bonafide force in SCCA B-Production racing, twisting back roads, and boulevards alike-setting the course for future Shelby Mustangs, like the big-block GT500. Though those original Shelby Mustangs were done by 1970, Ford dusted off its Shelby relationship in 2006 and has been producing high-performance Ford Mustang Shelbys ever since. This is a must-have read for any fan of American performance cars, whether you're a muscle-era original or a 21st-century stormer.
Format: Paperback
Pages: 240
Availability: Available. Usually dispatched from UK 1-2 business days
Publisher: MOTOR BOOKS INTERNATIONAL
Publication date: 12/09/2019
Country of publication: UNITED STATES
Weight: 920 g
Dimensions: 258mm X 210mm
Code: 57069