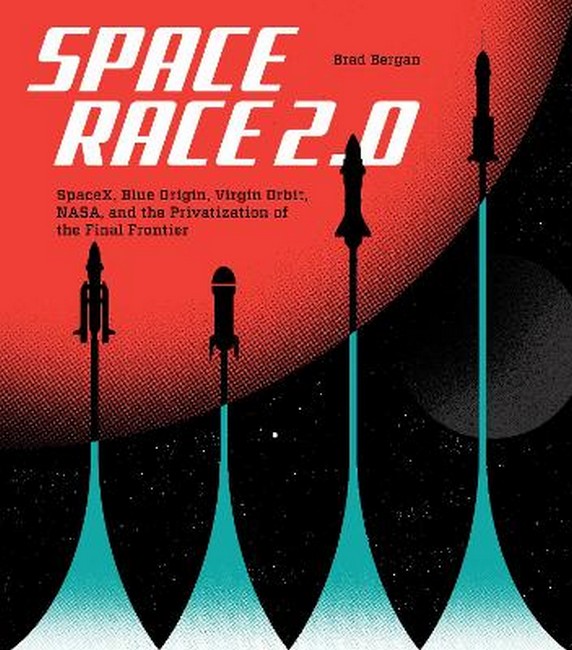 Space Race 2.0 is the only authoritative photographic history of the efforts of private companies-often alongside NASA-to accelerate humankinds exploration and understanding of the final frontier.

The private space sector is growing tremendously. The industrys consensus leader, SpaceX, headed by outspoken billionaire Elon Musk, is today worth an estimated $74 billion. And SpaceX and its chief competitors, Blue Origin and Virgin Galactic, are taking on more roles-flying cargo, supplies, and astronauts to outer space. Space Race 2.0 tells their story with expertly written text by science journalist Brad Bergan and stunning photography of the spacecraft, key players, and facilities in California, Texas, and Florida.

In the 1950s and 60s, the first Space Race pitted two political ideologies against one another: either Communism or Capitalism would prove superior. Ultimately, the US landed on the moon, the races crowning achievement. Now, more than a half-century later, the Space Race has pivoted from a contest between ideological rivals to private aerospace firms competing for contracts.

Today, rather than symbolic goals motivated by patriotism, the defining success of a launch system extends beyond engineering and science to image and ROI. Founded in 2002, SpaceXs trajectory was determined by Musks realization that he could achieve higher profits by vertically integrating-manufacturing his own rockets and spacecraft-rather than relying on third parties. The decision was prescient, resulting in a state-of-the-art headquarters in Hawthorne, California, and a series of stunning achievements.

Space Race 2.0 follows the development of commercial space exploration to the present. While tentative first steps in private ventures are covered, such as those by Space Services Inc. and Orbital Science in the 1980s and 90s, the focus is on todays major players: SpaceX, Blue Origin (headed by Amazon founder Jeff Bezos), and Virgin Galactic (founded by Richard Branson). While examining the hardware, Bergan also explores such considerations as the importance of design-forward equipment and the endgame: what ultimately is "in it" for firms at the forefront? Natural resources? NASA and ESA contracts? Commercial travel? Communications? And what legal boundaries, if any, restrain corporate interests in space?

Space Race 2.0 is the ultimate visual look at this relatively young industry, looking back at recent remarkable decades-and ahead to what the future might bring.

Brad Bergan is the senior editor of Interesting Engineering, specializing in space and tech. Previously, he was a contributing editor at Futurism, and his words have appeared in or on VICE, Thinknum, 3:AM Magazine, The World Economic Forum, the National Book Critics Circle, and elsewhere. He holds a bachelors degree in Philosophy and English from the University of Iowa and studied graduate-level creative writing at The New School. He lives in New York City.