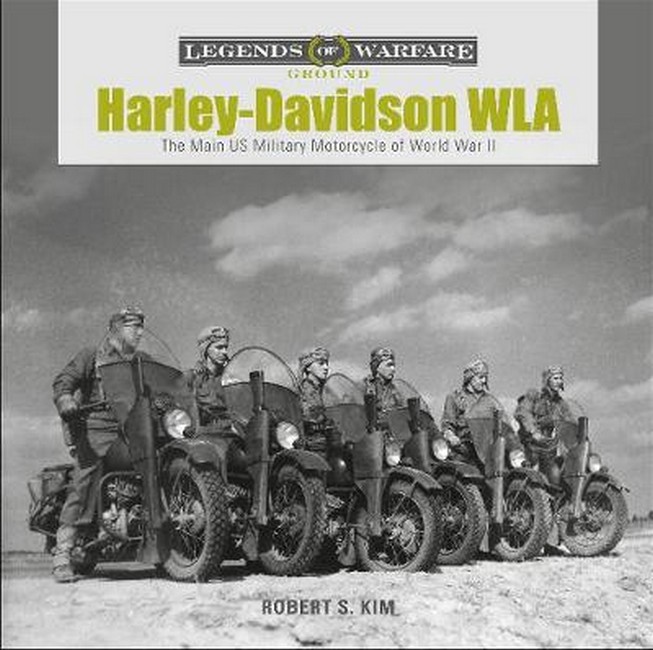 The Main US Military Motorcycle of World War II by Kim, Robert S. Code: 58238 Format: Hardback / 112 pages Publication date: 01/07/2020 Availability: Available. Usually dispatched 1-2 business days Price: AU $44.99
The story of an iconic model in the long history of Harley-Davidson motorcycles, the WLA, which was used by Allied forces during WWII, is told for the first time. Developed for the US Army's mechanised cavalry, it became the leading US military motorcycle of the war. It served the US armed services as a messenger and military police vehicle. The Red Army's motorcycle battalions, reconnaissance units of its tank armies, also used them as their primary vehicle. The armies of the Soviet Union, Canada, the United Kingdom, Australia, France, China, and Brazil also made use of the model and its variants. It is known today as the "Liberator"; discover the history and stories of individuals who rode this icon to war and why the model is now a favorite among civilian collectors. AUTHOR: Robert Kim is a lawyer and published historian who has been a motorcycle rider since the 1990s. His career practicing law and in government included serving as a civilian in the war in Iraq. In 2017, he published his first book, Project Eagle: The American Christians of North Korea in World War II. 139 colour and b/w photographs
Format: Hardback
Pages: 112
Illustration: COLOUR SECTION(S)
Availability: Available. Usually dispatched 1-2 business days
Publisher: SCHIFFER PUBLISHING LTD
Publication date: 01/07/2020
Country of publication: UNITED STATES
Weight: 0 g
Dimensions: 228mm X 228mm
Code: 58238