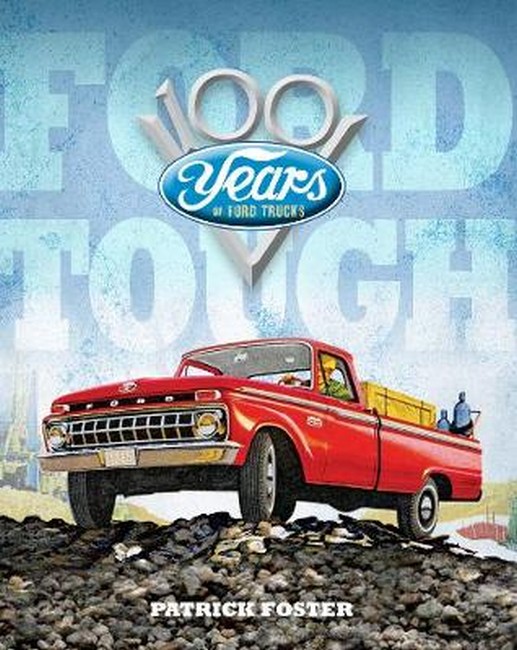 Get Fords complete story in ;Ford Tough: 100 Years of Ford Trucks and see why theyve dominated the truck market, selling 1.5 million trucks every year in the US alone.

In July 1917 Ford Motor Company introduced a one-ton chassis for commercial trucks, marking what many historians feel was its official entry into the dedicated truck business. Sure, after-market pickup beds could be added to a Model T car to convert it to a pickup, but with the debut of the rugged Model TT truck chassis, Ford was firmly in the truck market.

Eight years later, Ford introduced its first factory-produced pickup, a sturdy half-ton job the public loved. During the century that has passed since that first Ford truck chassis, the F-series has become the best-selling truck in the world, and the best-selling vehicle of any type in America.

Ford Tough: 100 Years of Ford Trucks tells the entire Ford truck story from the very beginning, when Ford got its start in truck production. This book provides the history of the wide array of models Ford has built over the past century, including the Model A roadster pick-up, stylish 81C pickups, legendary 1948 F-1, Bronco, Courier, Ranchero, and Econoline.

Patrick R Foster (oldemilfordpress.com) has spent more than 30 years studying the automotive industry. The leading authority on AMC and its predecessors, Pat has written several books on that subject and others, including Jeep, Studebaker, Hudson, Kaiser-Frazer, and Metropolitan. His popular columns appear in Hemmings Classic Car and Old Cars Weekly, and he has won awards for his books and articles from the AACA (Antique Automobile Club of America) and SAH (Society of Automotive Historians). In 2011, he was honored with the Lee Iacocca Award-one of the most coveted awards in automotive writing.