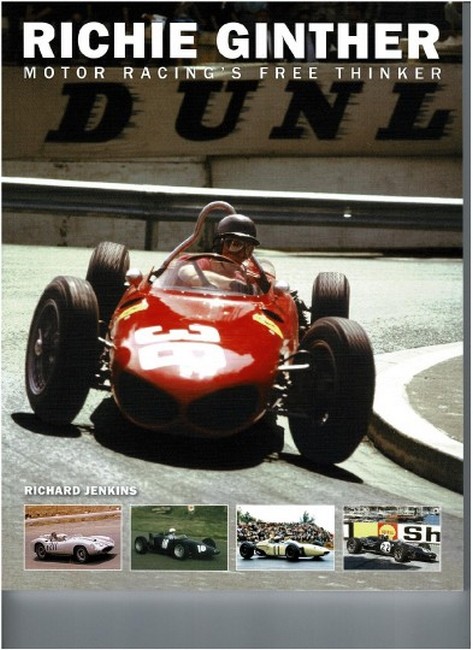 For many years, it was thought that Richie Ginther, one of Formula One’s best known drivers of the 1960s, later became an angry, reclusive and drunken bum. The classic, archetypal hero-to-zero tale. In addition to this, as a racer he was thought incapable of ever winning and lacking the inherent talent to be a success.

But as the first ever authorised biography of Richie reveals, this diminutive Californian enjoyed astonishing triumphs in racing as a driver, a mechanic and as a team manager. His 59 years on the planet also saw him overcome bullying and terrible personal and professional tragedy to live an enriched and absorbing life.

With memories from his family, friends and fellow racers, this biography is also packed, after meticulous research, with an abundance of quotes from Richie himself to create as thorough and as deeply personal Richie’s life story as possible.

It’s not just the words that bring Richie alive. There are a plethora of photographs, with the vast majority of them neither seen nor published before. Insightful and moving, this refreshingly balanced and thoroughly detailed book by debut author Richard Jenkins is the definitive guide to one of motor racing’s underappreciated heroes.