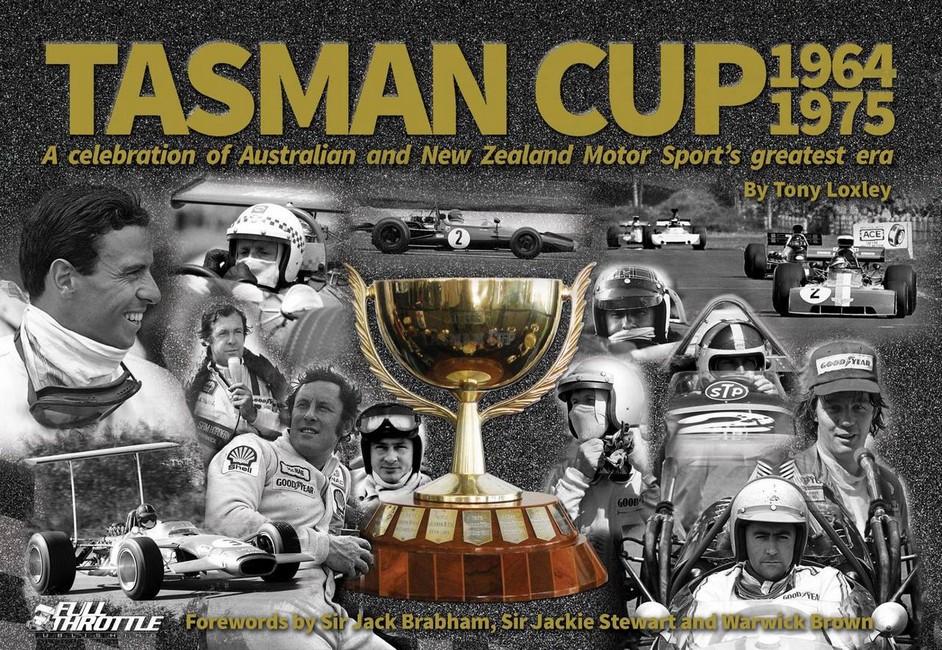 Perhaps to best understand the Tasman Series is to consider the importance that it held to the F1 teams of the day, best represented in the 1968 season, when Cosworth produced a special Tasman variant of its legendary DFV V8, known as the DFW, and the BRM arrived ‘down under’, with a reduced capacity version of its F1 V12 in its current car. In 1970 the Tasman Series adopted F5000 specification cars, and for six years the booming Chevy-powered races ruled the raceways on both sides of the ‘ditch’ with Brown, Hailwood, Goth, Simpson, Posey, Guthrie, Williams, Bartlett, Allen, Max Stewart, McRae, Lawrence, Matich, Walker, Oxton, Smith and more, providing the fans with even more wonderful memories in machines that were imported and home grown. ‘Tasman Cup- 1964-1975’ remembers those incredible days of yesteryear using ‘first person’ recollections from the drivers of the day, rare photographs, artwork, and memorabilia, much of which has not been seen prior to this sumptuous production. It is the ultimate Full Throttle trip down memory lane as remembered by the gladiators who made it an ultimate spectacle!.