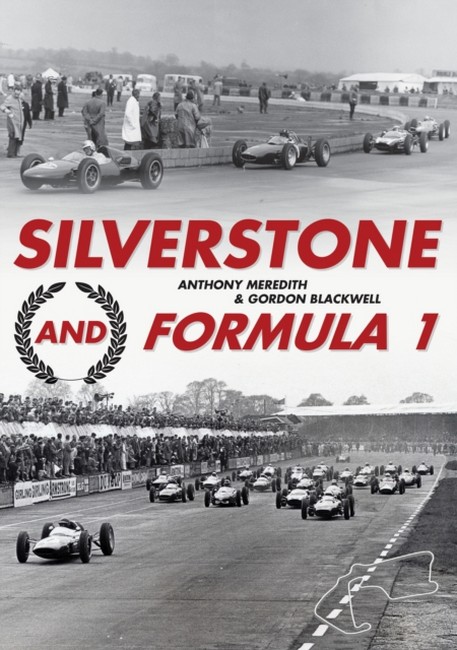 Silverstone Circuit was converted to a motor racing track from a World War 2 bomber airfield after the war. The first grand prix was held in 1948 and 1950 the British Grand Prix at Silverstone heralded the birth of the Formula 1 World Championship of Drivers. Today, Silverstone has been spectacularly redeveloped, with the new Silverstone Experience Centre offering visitors a high-tech exhibition experience.

Silverstone is still the home of the British Grand Prix and has witnessed over 70 years of motor racing, from the early days of Fangio, legendary British racers Moss, Hill, Clark and Stewart, through various changes to the circuit to make it safer, the rivalry of Mansell, Prost and Senna in the 1980s and 90s, to the present-day era. The story is told through historic photographs, many of them showing rare and unusual scenes, to present a portrait of the broad sweep of F1 history at Silverstone. This photographic history of Silverstone and Formula 1 will appeal to motor racing fans everywhere.

Oliver Wild grew up in an engineering family, spending evenings in the garage with his father restoring a variety of classic cars from Porsches to MGs. His weekends were spent on windy airfields, competing in auto tests. Following a successful career in the motor trade, the author has more than 20 years of restoration experience across a range of marques. Being in the game for the love of it rather than big rewards, he has always gained more pleasure from rescuing beautiful cars and introducing new people into the hobby than chasing financial gain. Owning a variety of interesting cars ranging from classic British sports cars to Porsches, a love affair with the Mazda MX5 started in 2009, following a frustrating weekend away chasing an elusive ignition fault on a classic MG. Since then at least one MX5 has always been featured in the authors stable! A keen traveler, Oliver usually spends his holidays touring Europe in a car, looking for the most interesting roads (preferably leading to a good restaurant). Assisted by his very patient partner Sarah and their trusty Beagle, Bruce, who can usually be found curled up on a car seat in the workshop, life is always busy and interesting.