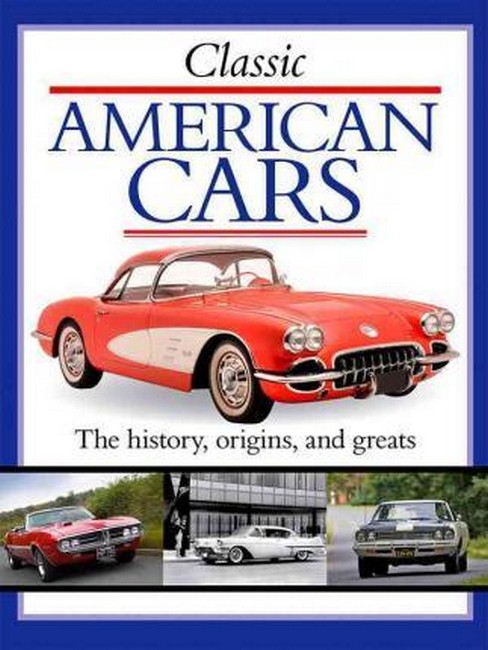 As the 19th century morphed into the 20th, the automobile was still in its infancy, yet more and more manufacturers were entering the burgeoning market. The first National Automobile Show was held in New York Citys Madison Square in 1900, with 51 exhibitors showing off their wares to almost 50,000 visitors. But many of these manufacturers dropped by the wayside or were merged into other companies so that by the end of the 1920s the industry was dominated by the Big Three of Chrysler, Ford, and General Motors. The vehicle that had the biggest impact was the Ford Model T (which arrived in 1908 and more than 15 million had been sold by the time production ceased in 1927), but many other American classics are covered in this publication: legends such as the Ford Mustang and Thunderbird, the Chevrolet Bel Air and Corvette, Cadillacs De Ville and Eldorado, along with names of a bygone era such as Packard, Studebaker, and the unrivaled opulence of Duesenberg.