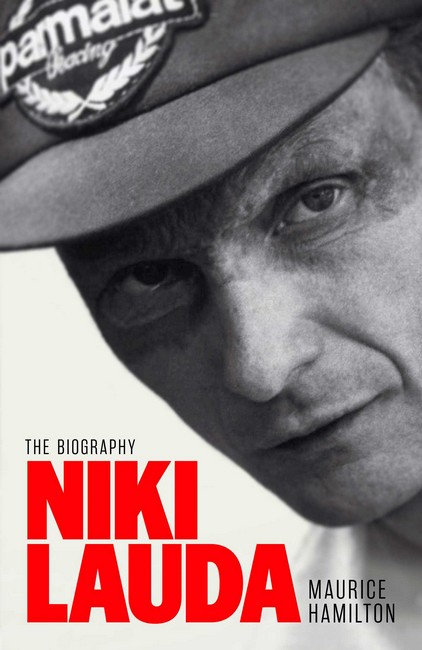 The most comprehensive and detailed biography of Formula One legend Nick Lauda ever published, as told by Maurice Hamilton, who knew him for more than forty years. From the famous rivalry with James Hunt in the 1970s, as depicted in the film Rush, to working with Lewis Hamilton at Mercedes, Laudas career helped define modern F1.

In 1975, Lauda became world champion for the first time. Driving for Ferrari, he looked to retain his title in 1976 and was dominating the campaign ahead of James Hunt in his McLaren. Then, on 1 August, he was involved in a horrendous crash at the Nurburgring and was badly burned and in hospital he was given the last rites, so severe were his injuries. Remarkably, six weeks later, he was back racing again, determined to show he could still compete. As they came to the final race of the season in Japan, Lauda held a narrow lead in the championship, but in appalling weather conditions, Lauda withdrew from the race, while Hunt went on to secure the points he needed to become world champion. It was high-speed drama at its best.

Lauda came back to win the title again in 1977 and then, having temporarily retired, he won it for a third time in 1984, driving for McLaren. When he finally finished as an F1 driver, he started his own airline, before he returned to the sport in various management roles, latterly as chairman of Mercedes, where he helped in the negotiations to bring Lewis Hamilton to the team.

Maurice Hamilton, who first met Lauda in 1971, draws together the remarkable story of one of the greatest stars in Formula One history. Based on interviews with friends and family, rival drivers and those he worked with later in his career, Niki Lauda is a superb and definitive tribute to a remarkable character, who died in May 2019 at the age of seventy.

Maurice Hamilton is an award-winning motorsport journalist and broadcaster, who has worked at the Guardian, the Independent and, now, the Observer. He is the F1 summariser for BBC Radio Five Live and has written more than 25 books on the subject, having attended more than 500 Grands Prix in his career.