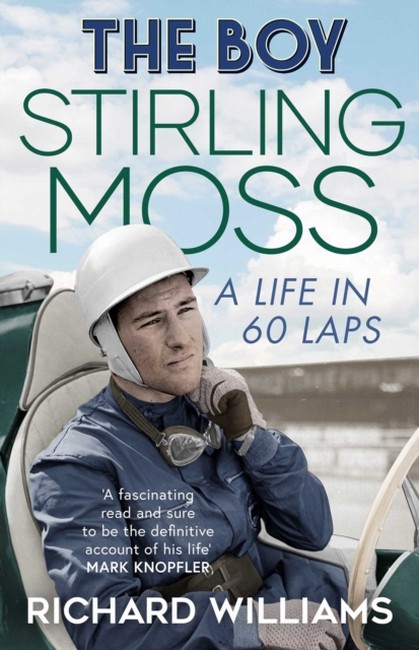 Captures the bold, engaging spirit of one of Britains best-loved sporting heroes Sunday Times
A fascinating read and sure to be the definitive account of his life Mark Knopfler

Even in the midst of a global pandemic, the death of Stirling Moss on 12 April 2020 at the age of 90 made headlines, almost 60 years after he retired from Formula One. In The Boy, Richard Williams assesses what made him such an iconic figure.

Told in 60 brief chapters, Williams builds a fascinating and revealing portrait of a driver who was a hero to millions. As the long years of war began to recede, sport in Britain was getting moving again and there was a need for heroes. Denis Compton and Stanley Matthews were in their pomp, playing to packed houses. But Stirling Moss was a fresh face, just 17 years old when he first emerged in 1947. Too young to have served and been scarred by the war, he was soon revealed to possess not only an unearthly degree of skill but the qualities of courage and resolution noted in the generation that fought in the air and on land and sea. Their youth had been stolen; his was new and unspoiled.

The Boy explains how and why he came to occupy such a unique place in the esteem and the affections of the nation. Why him, rather than some of his contemporaries, such as Mike Hawthorn and Peter Collins, who shared a role in the rise of Britain as a power in international motor racing? Moss may never have been world champion, but he created a remarkable and enduring legacy, and Williams brilliantly shows just how he did it.

Richard Williams was the chief sportswriter of the Guardian from 1995 to 2012, having previously worked for The Times and the Independent. He was the original presenter of BBC2s The Old Grey Whistle Test and was the artistic director of the Berlin Jazz Festival from 2015-17. Among his previous books are The Death of Ayrton Senna (1995), Racers (1997), Enzo Ferrari: A Life (2002) and The Last Road Race (2004). A Race with Love and Death is his most recent publication (Simon & Schuster, 2020).