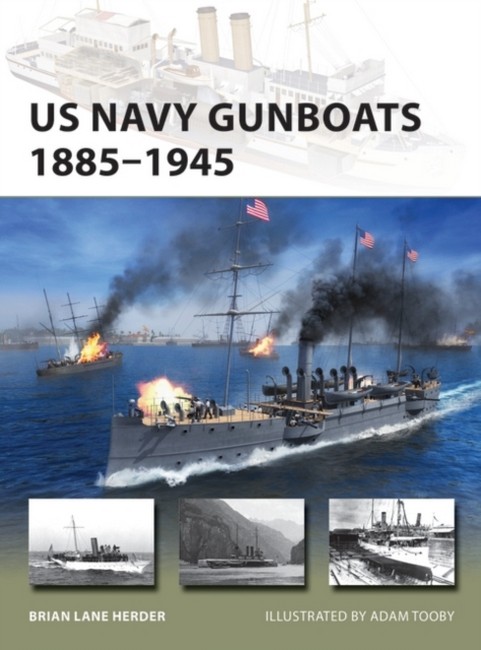 by Herder, Brian Lane Code: 60623 Format: Paperback / 48 pages Publication date: 02/04/2021 Availability: Available. Usually dispatched 1-3 business days Price: AU $22.99
For more than half a century, American gunboats were the ships often responsible for policing small crises and provided deterrence and fast-response capabilities around the world - showing the flag, landing armed parties, patrolling river and littoral areas, and protecting ex-pats. They were often the United States' most-visible and constant military presence in far-flung foreign lands, and were most closely associated with the Far East, particularly the Philippines and China. Most famous, of course, was the multinational Yangtze Patrol. Many US gunboats were built, purchased, or reassembled overseas, where they usually served out their entire careers, never coming within 7,000 miles of the national homeland which they served. Numerous gunboats were captured from the Spanish during the 1898 war, many being raised from shallow graves, refurbished, and commissioned into USN service. The classic haunt of US gunboats was the Asiatic Station of China and the Philippines. Gunboat service overseas was typically exotic and the sailors' lives were often exciting and unpredictable. The major operational theaters associated with the US gunboats were the pre-1898 cruises and patrols of the earliest steel gunboats, the Spanish-American War of 1898 (both the Philippines and the Caribbean), the guerilla wars of the early 20th century Philippines and Latin America, the Asiatic Fleet and Yangtze Patrol of the 1890s-1930s, and finally World War II, which largely entailed operations in China, the Philippines, the Dutch East Indies, Alaska, and on convoy routes. It was Japan's sudden 1941-1942 "Centrifugal Offensive" that effectively spelled the beginning of the end not just of most American gunboats, but also the century-old world order in Asia that had provided US gunboats their primary mission.
Format: Paperback
Pages: 48
Illustration: COLOUR SECTION(S)
Availability: Available. Usually dispatched 1-3 business days
Publisher: OSPREY
Publication date: 02/04/2021
Country of publication: UNITED KINGDOM
Weight: 0 g
Dimensions: 248.00mm X 184.00mm
Code: 60623