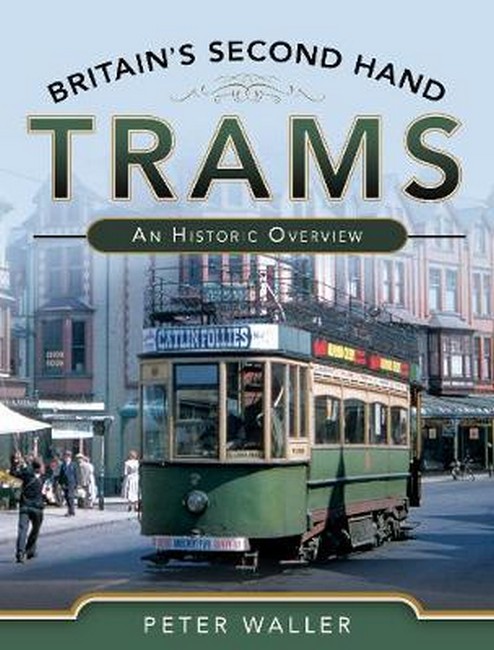 An Historic Overview by Waller, Peter Code: 60475 Format: Hardback / 184 pages Publication date: 30/03/2021 Availability: Available. Usually dispatched from UK 1-2 business days Price: AU $49.99
During the history of Britain's electric tramcar fleets, many thousands were manufactured of which the vast majority saw out their operational life with a single owner. However, for several hundred there was to be a second - if not, in certain cases, a third - career with a new operator. Almost from the dawn of the electric era in the late 19th century tramcars were loaned or bought and sold between operators. The reasons for this were multifarious. Sometimes the aspirations of the original owners for traffic proved wildly optimistic and the fleet was downsized to reflect better the actual passenger levels. War was a further cause as operators sought to strengthen their fleets to cater for unexpectedly high level of demand or to replace trams destroyed by enemy action. For other operators, modernisation represented an opportunity to sell older cars whilst, certainly from the 1930s, a number of operators - such as Aberdeen, Leeds and Sunderland - took advantage of the demise of tramways elsewhere to supplement their fleet with trams that were being withdrawn but which still had many years of useful operational life in them. The process was to continue right through to the mid-1950s when Glasgow took advantage of the demise of the once-extensive Liverpool system to purchase a number of the streamlined bogie bogie cars that were built in the late 1930s. In this book the author provides a pictorial history - with detailed captions - to the many electric trams that were to operate with more than one tramway during the period up to the closure of the closure of the Glasgow system in 1962. AUTHOR: Brought up in Bradford, Peter Waller grew up as the city's trolleybus network gradually declined. In 1986, he commenced in a career ?in publishing, working for a number of years as Ian Allan Ltd's Publisher (Books), where he oversaw the commissioning and publication of a wide range of books. The first book that he wrote was British and Irish Tramway Systems since 1945 in 1992. Since then he has written a number of books on transport subjects. Moving to Shropshire in 2007, he is now a full-time author and editor. He is also a director and secretary? of the Online Transport Archive, a director of Shrewsbury Dial-a-Ride, chairman of the West Shropshire Talking Newspaper, a committee member of the National Railway Heritage Awards and a past president of the Rotary Club of Shrewsbury. 250 colour and b/w illustrations
Format: Hardback
Pages: 184
Illustration: COLOUR SECTION(S)
Availability: Available. Usually dispatched from UK 1-2 business days
Publisher: PEN & SWORD BOOKS LTD
Publication date: 30/03/2021
Country of publication: UNITED KINGDOM
Weight: 0 g
Dimensions: 282.00mm X 216.00mm
Code: 60475