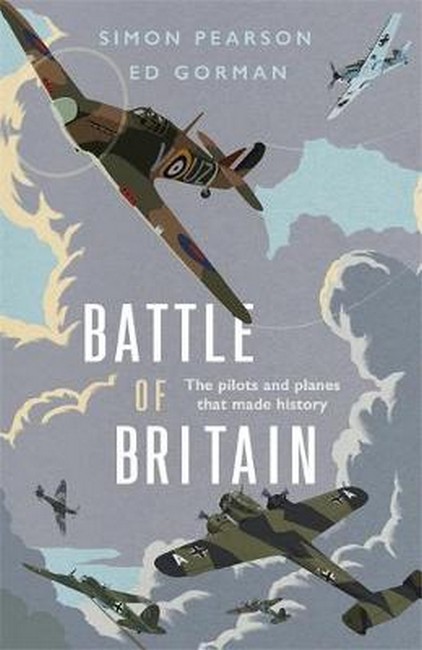 The pilots and planes that made history by Pearson, Simon Code: 58985 Format: Paperback / 352 pages Publication date: 12/06/2020 Availability: In Stock, usually dispatched same day Price: AU $21.44 (was AU $32.99) You save AU $11.55
While the Battle of Britain and the iconic Spitfire remain a source of great pride to the average Briton, it is remarkable how little is known and understood about this episode in our history. In The Battle of Britain in 18 Aircraft Ed Gorman and Simon Pearson paint a vivid picture of the men and their machines as the battle for air superiority over Britain is played out across the skies of Europe from western Ireland to the German capital. They tell remarkable stories involving hitherto unknown airmen from across the world who flew aircraft that will be new to many readers: the New Zealander who "borrowed" a seaplane from the Royal Navy to set up a freelance air-sea rescue service that saved the lives of dozens of British and German pilots; the Swiss baron who destroyed nine British fighters in a day; the vainglorious Dane whose RAF squadron was wiped out trying to disrupt Nazi invasion plans; and the German bomber pilot who fought the last battle involving foreign troops on British soil since Culloden - before repairing to a pub in Kent for a pint in with soldiers from the Irish Rifle, who had taken him prisoner. Illustrated with contemporary photographs of the pilots and their aircraft, and in-depth technical drawings, these are stories from both sides of a conflict that shaped the outcome of the Second World War and which continue to fascinate people in Britain and all over the world. They are full of courage, endeavour and above all, humanity.
Format: Paperback
Pages: 352
Availability: In Stock, usually dispatched same day
Publisher: HODDER AND STOUGHTON
Publication date: 12/06/2020
Country of publication: UNITED KINGDOM
Weight: 460 g
Dimensions: 234.00mm X 153.00mm
Code: 58985