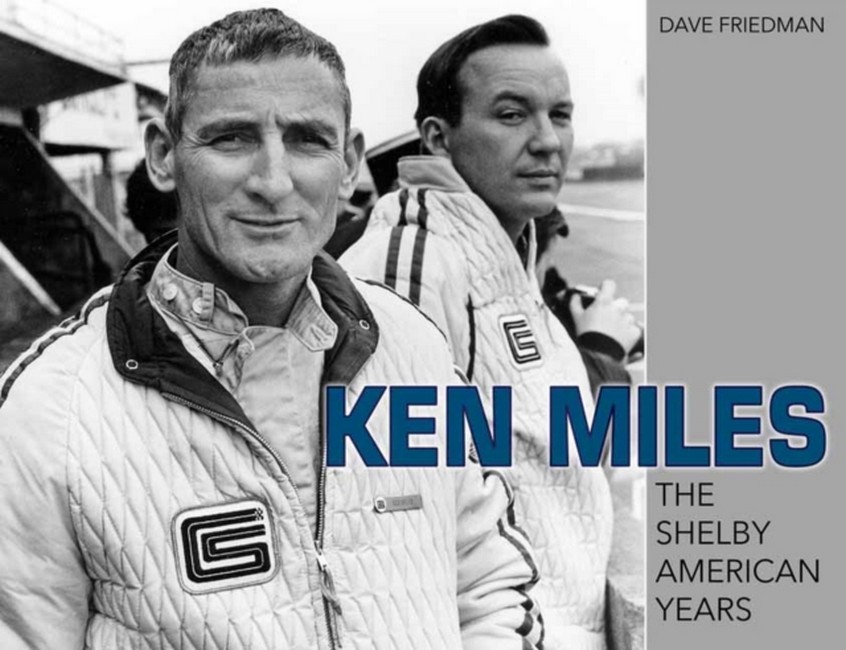 Ken Miles is one of the most famous sports car racers in history, and his time at Shelby American was the pinnacle of his career.

Ride shotgun with Ken Miles through the twists and turns of Sebring, Laguna Seca, Riverside, and Le Mans as seen through the lens of Shelby American photographer Dave Friedman!

The hiring of Ken Miles by Carroll Shelby in February 1963 initiated arguably the greatest pairing of driver/owner partnerships in the history of motorsports. Not only did Shelby hire Competition Manager Ken Miles as an accomplished road racer but also Miles brought professionalism, innovation, and a keen attribute of being able to surround himself with budding, talented individuals.

Dave Friedman was Shelby Americans official photographer in the 1960s, accompanying the team to races all around the world. He is a longtime motorsports and film-still photographer and the author of several motor racing books, as well as a photography contributor to dozens more. Friedman lives in Newport Beach, California.