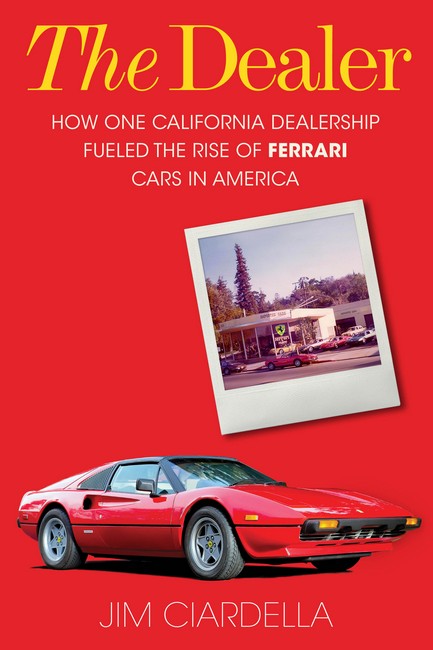 When Ferrari of Los Gatos opened, few people could afford an expensive sports car. In 1973, the average annual income was $12,686, and a new home cost about $48,000. Motorists in California could only buy gas on odd or even-numbered days based on the last digit of their license plate, due to the global oil crisis. Times were tough, and people were hesitant to take chances, especially with a car that cost more than a house.

At the same time, Richard Rivoir approached his friend, Brian Burnett, with the idea of starting a Ferrari dealership. The Dealer is the story of how one dealership, Ferrari of Los Gatos, fueled the rise of the iconic Italian sports car in the U.S. market on its way to becoming the number one Ferrari dealer in North America. Even Enzo Ferrari himself took notice, flying the pair to Italy to learn more about their unique and unusual sales practices. Customers included movie stars, sports celebrities, entertainers, and some with unusual sources of income and a strong desire for a low profile. Along the way, the two men made friends, enemies, and millions of dollars, only to lose everything in the blink of an eye.

Author Jim Ciardella shows readers a part of Ferrari that no one has even seen, with behind-the-scenes stories as told to him by Richard Rivoir and Brian Burnett, their customers and employees, and other North American dealers who all rode high and eventually burned out on selling fast cars.

Jim Ciardella is a storyteller, Ferrari enthusiast, and native Californian. At one point, Ciardella met Brian Burnett, owner of Ferrari of Los Gatos, who over the years told him numerous stories about Ferrari of Los Gatos and finished each tale with: "And someone ought to write a book about it." One night, after many stories and Brians predictable conclusion, Ciardella told him, "Ill do it. Ill write the book." Ciardella still lives in Northern California near his two daughters and four grandchildren.