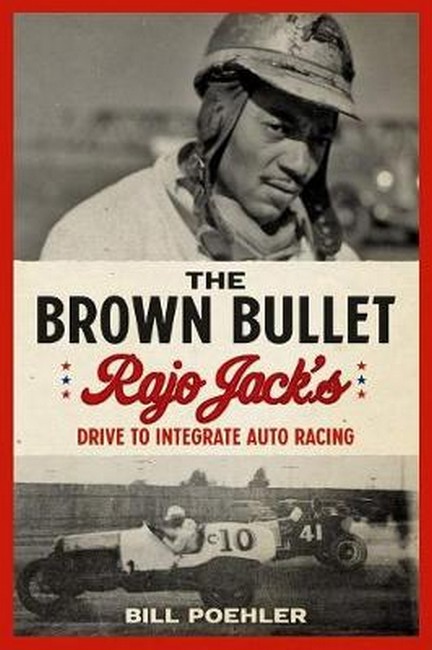 Rajo Jack's Drive to Integrate Auto Racing by Poehler, Bill Code: 58995 Format: Hardback / 240 pages Publication date: 10/07/2020 Availability: Future Publication. Pre-order now. Due date: July 2020 Price: AU $42.99
The powers-that-be in auto racing in the 1920s, namely the American Automobile Association's Contest Board, prohibited everyone who wasn't a white male from the sport. Dewey Gaston, a black man who went by the name Rajo Jack, broke into the epicenter of racing in California, refusing to let the pervasive racism of his day stop him from competing against entire fields of white drivers. In The Brown Bullet, Bill Poehler uncovers the life of a long-forgotten trailblazer and the great lengths he took to even get on the track, and in the end, tells how Rajo Jack proved to a generation that a black man could compete with some of the greatest white drivers of his era, wining some of the biggest races of the day.
Format: Hardback
Pages: 240
Availability: Future Publication. Pre-order now. Due date: July 2020
Publisher: CHICAGO REVIEW PRESS
Publication date: 10/07/2020
Country of publication: UNITED STATES
Weight: 0 g
Dimensions: 228mm X 6mm
Code: 58995