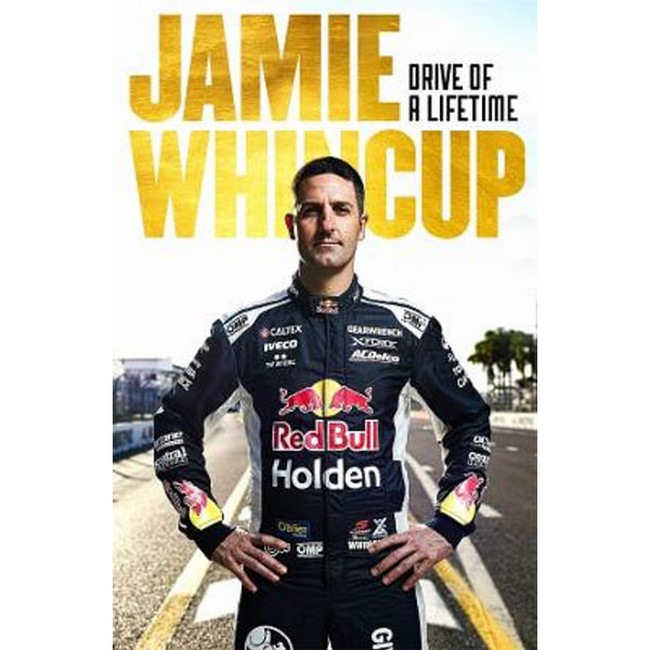 This is the definitive account of the career of the winningest Supercar driver of all time, Jamie Whincup, but its also the story of the making of a champion - the drive, the belief, the grind and the teamwork that it takes to get to the top of the podium and beyond.

This is the definitive account of the career of the winningest Supercar driver of all time, Jamie Whincup -- most championships, most race wins, most pole positions, most podiums. But its also the story of the making of a champion - the drive, the beliefs, the grind and the teamwork that it takes to get to the top, on the track and off.

With such success, its easy to understand why Jamie has always had a target painted squarely on his rear spoiler. And it all started back in 1991, when his father purchased Jamie his first-ever go-kart. With a fierce attitude and relentless desire to win, it was only a matter of time before Whincup made the leap to V8 Supercars.

Spotted by Garry Rogers, he made his debut at the Queensland 500 in 2002 before graduating to a full-time position with the team a year later. But there are ups and downs to life in the fast lane - loss of team sponsors, the rivalries, the fans, the partnerships, being true to the dream when everything looks like an off-ramp.

Given a lifeline by Tasman Motorsport in 2005, Whincup responded in style, partnering the late Jason Richards to podium results at Sandown and Bathurst. It was there that Triple Eight Race Engineering owner Roland Dane, a relative newcomer to Australian motorsport, spotted Whincups talents.

In 2008, Jamie would finish the job after several near-misses at the title, sealing the crown in style with a victory in Race 1 at Oran Park. Six Supercar titles, four Bathurst 1000 victories and a Bathurst 12-hour win in the books, youd be tempted to ride off into the sunset. But thats never been Jamies style. While 2021 might be the close of a brilliant career behind the wheel, its just the start of the next phase- team principal of Triple Eight Race Engineering a mentor the next generation of champions