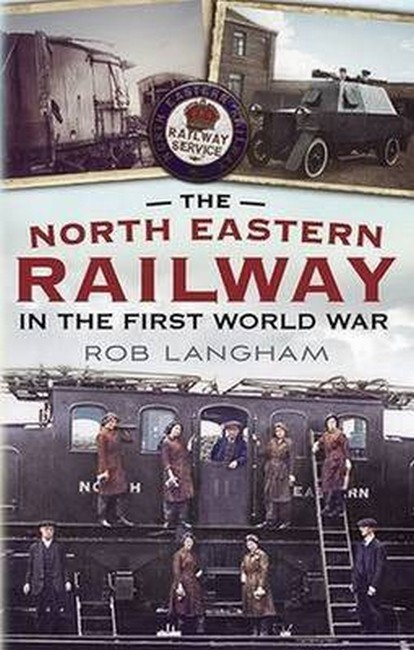 by Langham, Rob Code: 47835 Format: Paperback / 208 pages Publication date: 01/06/2015 Availability: In Stock. Usually dispatched same business day from Sydney, Australia Price: AU $23.99 (was AU $39.99) You save AU $16.00
The North Eastern Railway underwent extreme change after the outbreak of war in August 1914. Within months, the company raised its own battalion of men and was the only railway company to do so. The NER also set to work adapting to the changes and requirements the war would bring. Not only would there be a drop in regular passenger traffic levels and increase in freight, transporting both war material and troops, but the workshops formerly used to build locomotives were turned over to making weapons of war. In December 1914, the railway came under attack from the Imperial German Navy, causing damage to the NER's infrastructure and killing several of its men. As the war went on, locomotives and rolling stock were sent to France to help with the enormous logistics required for operations on the Western Front. The planned opening of an electrified railway line for freight went ahead with a brand new fleet of powerful electric locomotives, adding to the company's portfolio of electrification with the electrified Tyneside passenger line and Newcastle Quayside. NER land was used to build an enormous munitions factory at Darlington and the unprecedented use of women in the work place meant traditionally male-only roles were increasingly seeing women take over and freeing men for military service.Overseas, men of the NER that joined the forces served with honour, but many were not to come home. The North Eastern Railway in the First World War tells the story of one railway's war, of how it continued to operate and adapt, and the men and women who served with the company or left to fight for the country's freedom.
Format: Paperback
Pages: 208
Illustration: B&W THROUGHOUT
Availability: In Stock. Usually dispatched same business day from Sydney, Australia
Publisher: FONTHILL
Publication date: 01/06/2015
Country of publication: UNITED KINGDOM
Weight: 340 g
Dimensions: 234mm X 156mm
Code: 47835