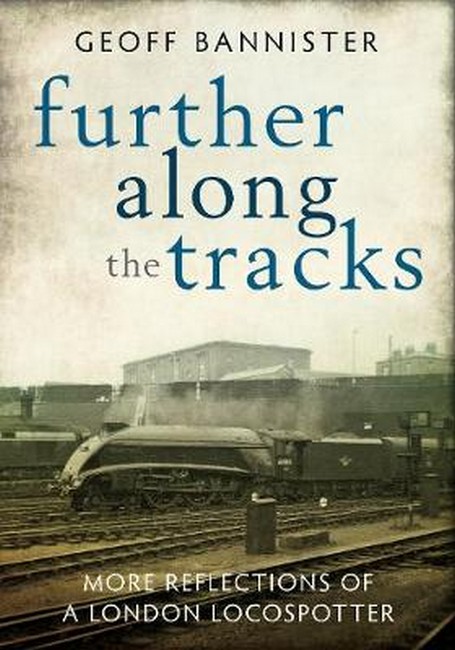 Further along the tracks

More reflections of a London Locospotter by Bannister, Geoff Code: 57045 Format: Paperback / 176 pages Publication date: 11/10/2019 Availability: In Stock. Usually dispatched same business day from Sydney, Australia Price: AU $23.99 (was AU $39.99) You save AU $16.00
The author came to London from Lancashire as a nine-year old having developed an interest in his local buses and Blackpool trams at a very early age. He remained in south-west London living in the Wandsworth and Wimbledon areas for the next 45 years. As a young teenager he took up locospotting joining a small group of fellow enthusiasts who met regularly by the lineside just west of Clapham Junction and for roughly ten years avidly followed his hobby. For the first half of that decade, his hobby was centred largely close to London because of age and money restrictions except for rare trips often family visits - further afield. In this second book, he describes his experiences from about 1960: visiting stations; lineside observations; and more official trips to depots and works, often with the RCTS. He gives us a spotters-eye view of the changes to British Railways at the time: the final steam locomotives arriving; the increasing impact of the Modernisation Plan; seeing elderly locomotives at work or at the end of their service life on scrap lines. After 1958, when he acquired his first camera it was used regularly to build up a library of photographs as finances allowed. Some of these, taken at a later date, have been used to illustrate his travels and exploits in the earlier years of his hobby and later, colour views are used to cover the preservation era.
Format: Paperback
Pages: 176
Illustration: COLOUR SECTION(S)
Availability: In Stock. Usually dispatched same business day from Sydney, Australia
Publisher: FONTHILL
Publication date: 11/10/2019
Country of publication: UNITED KINGDOM
Weight: 586 g
Dimensions: 248mm X 172mm
Code: 57045