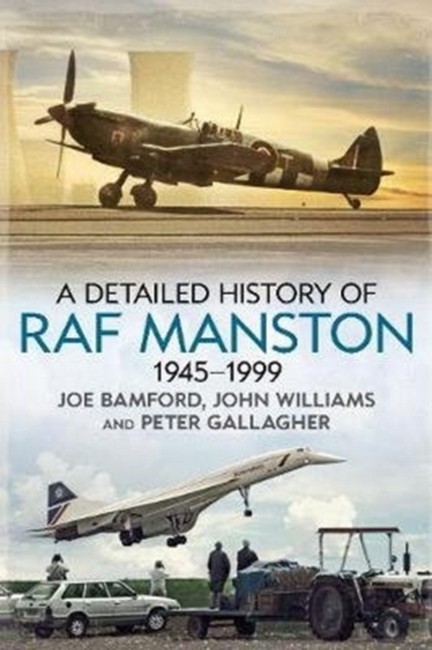 Having been classified by the Air Ministry as a Master Diversion airfield, RAF Manston was for many years open twenty-four hours a day and available to both civil and military aircraft 365 days a year. It was also later equipped with the Pyrene foam system, which both civil and military aircraft could use when they had problems with their undercarriage: there is no doubt that the foam carpet saved many lives. The most spectacular occasion that it was used was on 20 April 1967 when a British Eagle Britannia made a complete wheels-up landing.

It is claimed that Manston was the only station to serve in every command of the RAF and until its closure in 1999; it probably dealt with more diverse types of aircraft than any other station. During its eighty-three years as a Royal Naval/ RAF airfield, it played host to the Sopwith Camel, Spitfire, Bf 109, He 111, B-29, B-47, Tu-104, F-84 and Concorde, plus many other types that are too numerous to mention.