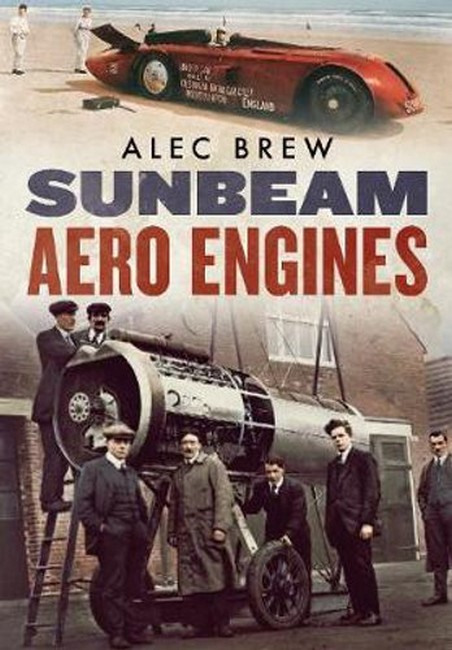 by Brew, Alec Code: 59702 Format: Paperback / 160 pages Publication date: 18/04/2021 Availability: In Stock. Usually dispatched same business day from Sydney, Australia Price: AU $47.99
The first great British aircraft engine manufacturer, the Sunbeam Motor Car Company turned to the sunrise industry of aviation in 1912, and was among the first to buy an aircraft to test their engines, flown by a full-time test pilot, the famous Jack Alcock. Through the First World War Sunbeam was a vital supplier, of both engines and aircraft, particularly to the Royal Naval Air Service. Consistently Sunbeams were the most powerful British engines available, and they were fitted to the first aircraft to torpedo an enemy ship, the only aircraft to fly at the Battle of Jutland, and the first seaplanes to operate in the heart of Africa. After the War they powered the greatest of British Airships the R.34, the first aircraft to fly the Atlantic east to west, and the first to make the double crossing, and the R.33, the British dirigible with the highest flying hours. As Sunbeam reverted to car manufacture their aero engines were fitted to a succession of land speed record-breaking cars, including the first to exceed 150 mph and the first to exceed 200 mph, ironically, faster than any Sunbeam-powered aircraft.
Format: Paperback
Pages: 160
Illustration: COLOUR SECTION(S)
Availability: In Stock. Usually dispatched same business day from Sydney, Australia
Publisher: FONTHILL
Publication date: 18/04/2021
Country of publication: UNITED KINGDOM
Weight: 415 g
Dimensions: 248.00mm X 172.00mm
Code: 59702