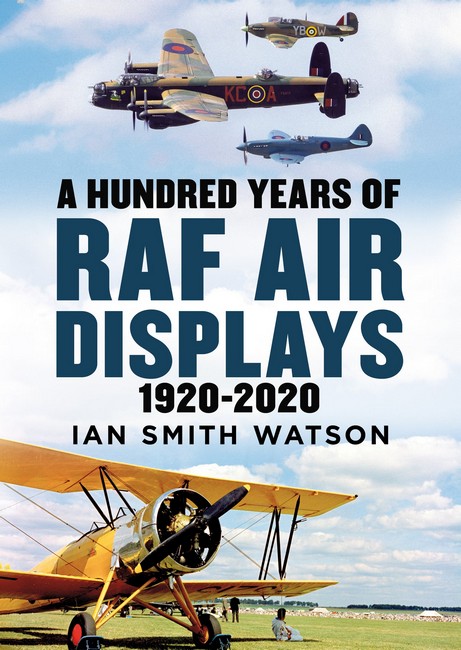 by Smith Watson, Ian Code: 61596 Format: Paperback / 320 pages Publication date: 28/04/2022 Availability: Pre Order. Release date: April 2022 Price: AU $76.99
For 100 years, the world's oldest independent air force, the RAF, forged a distinguished record in military air operations from the First World War through to recent operations over Iraq and Syria. There is, however, a field of endeavour in which the Royal Air Force has excelled: selling its public image. Of the three armed services, the air force is the one perfectly placed to advertise its wares 'at home' with the facilities to accommodate large audiences, through scintillating flying displays with ever more impressive aircraft and large airfields with readily available facilities. Originally centred on the RAF station at Hendon in North London, the RAF held its first public 'Air Pageant' in 1920. A grand affair, it continued as an annual event until 1937 when it was succeeded by the widespread 'Empire Air Day' held at several RAF stations until war intervened in 1939. The RAF came to true military prominence during the Second World War, particularly the 'Battle of Britain'; this then became the focus of the celebration and commemoration. However, the Battle of Britain Displays constantly contracted, eventually to zero, but for much of their existence were the most impressive air shows around the globe.
Format: Paperback
Pages: 320
Illustration: B&W SECTION(S)
Availability: Pre Order. Release date: April 2022
Publisher: FONTHILL
Publication date: 28/04/2022
Country of publication: UNITED KINGDOM
Weight: 0 g
Dimensions: 248.00mm X 172.00mm
Code: 61596

Ian Smith Watson was born in Irvine, Ayrshire, in 1960. He grew up in Scotland and Yorkshire and attended Shelley High School in Huddersfield before joining the RAF as a radar operator in 1977 until 1990. He later worked in Saudi Arabia, contracted to the Royal Saudi Air Force through the GENA (Ground Environment Navigational Aids) program. Watson has written four previous books: 'The RAF at Home' for Pen & Sword and 'Fading Eagle', 'Northern 'Q': 'The History of RAF Leuchars', and 'History of the Gloster Javelin: The First All-Weather British Fighter' with Fonthill Media.