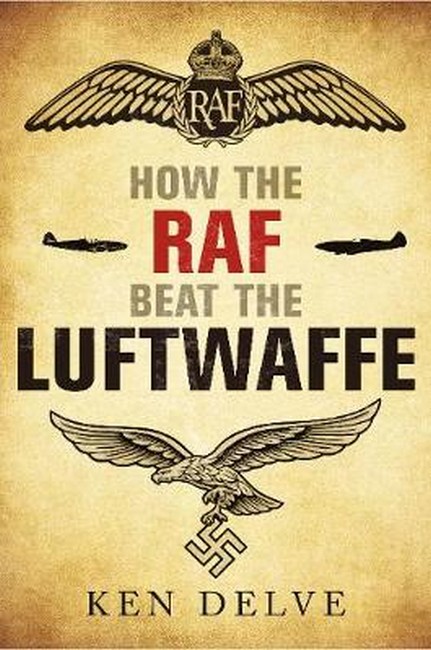 How the RAF beat the Luftwaffe

by Delve, Ken Code: 60222 Format: Hardback / 256 pages Publication date: 01/04/2021 Availability: Available. Usually dispatched 1-3 business days Price: AU $39.98
"The Luftwaffe had to be used in a decisive way in the Battle of Britain as a means of conducting total air war. Its size, technical equipment and the means at its disposal precluded the Luftwaffe from fulfilling this mission." - Adolf Galland How did the RAF beat the Luftwaffe in World War II? Or, in fact, was it the fact that they did not lose which later enabled them to claim victory - a victory that would have been impossible without the participation of the Americans from early 1943? This ground-breaking study looks at the main campaigns in which the RAF - and later the Allies - faced the Luftwaffe. Critically-acclaimed writer Ken Delve argues that by the latter part of 1942 the Luftwaffe was no longer a decisive strategic, or even tactical weapon. The Luftwaffe was remarkably resilient, but it was on a continual slide to ultimate destruction. Its failure is deconstructed according to defective strategic planning from the inception of the Luftwaffe; failure to provide decisive result over Britain in 1940 and over the Mediterranean/Desert in 1941-1942; failure to defend the Reich and the occupied countries against the RAF and, later, combined Allied bomber offensive. Delve studies numerous aspects to these failures, from equipment (aircraft and weapons), to tactics, leadership (political and military), logistics, morale, and others. AUTHOR: Ken Delve served 20 years in the Royal Air Force as a Navigator and during that time developed his passion for aviation and military history. From researching and publishing the history of his first squadron - 39 Squadron, which had played a major role in defeating Rommel's supply lines - he has subsequently written over 40 books and numerous articles. His most recent work is a 3-volume set covering the Desert War, Malta's offensive role, and the campaign in Italy. 30 b/w illustrations
Format: Hardback
Pages: 256
Illustration: B&W THROUGHOUT
Availability: Available. Usually dispatched 1-3 business days
Publisher:
Publication date: 01/04/2021
Country of publication: UNITED KINGDOM
Weight: 0 g
Dimensions: 234.00mm X 156.00mm
Code: 60222