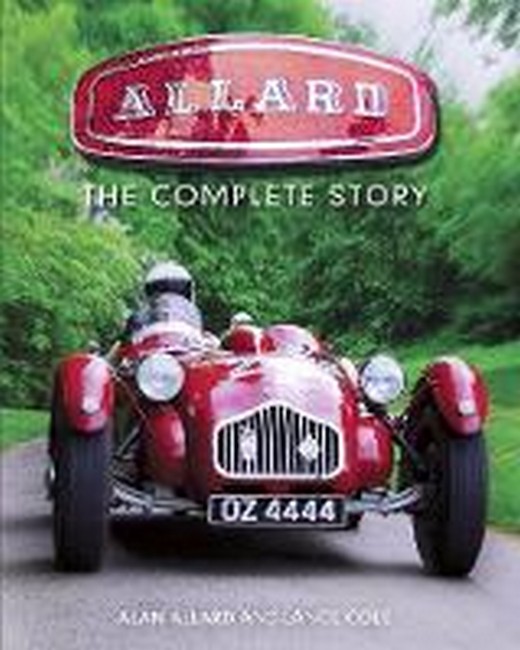 The remarkable story of everything Sydney Herbert Allard achieved in motor sport and motor car manufacture is framed in an up-to-date commentary co-authored by his own son. This is a tribute unswayed by legend, but based on the facts and achievements of his eponymous company. With contributions from the Allard Owners Club and Allard Register, this book contains painstaking research of Allard history from 1929 to the present day, including previously unpublished material. Just under 2,000 Allards were built, and approximately 510 are believed to remain on the road or known to be under -restoration. More await discovery - even as this book was being written, one of Sydneys long-lost 1930s Allard Specials has been found after years being forgotten. Other topics covered in this remarkable book include: car-by-car engineering and design details; unseen ideas and projects; the history of the Allard marque in motor sport and the Allard story in the USA. Finally, it features the Allard Owners Club, Allard Register, members and their cars.

Alan Allard is the son of the marques founder, Sydney Allard, and is also a significant motor sport and engineering figure in his own right - a pioneering, record-holding British dragster driver, national class rally driver, and the man behind the further development of supercharging. Today Alan leads the Allard Motor Company as it launches its new continuation chassis built by Alan and his son, Lloyd. Younger son Gavin curates the Allard archives. Alan and his family are key supporters of the Allard Owners Club. Lance Cole is from an automotive family hailing from Australia, Canada and the UK, and is a trained industrial desiger, writer, author and photographer. Lances motoring journalism career was kicked-off by his becoming the 1983 Sir William Lyons Scholar. A national newspaper columnist, broadcaster and the author of fifteen books. Lance has owned many classic cars and has worked on an Allard restoration project for years.