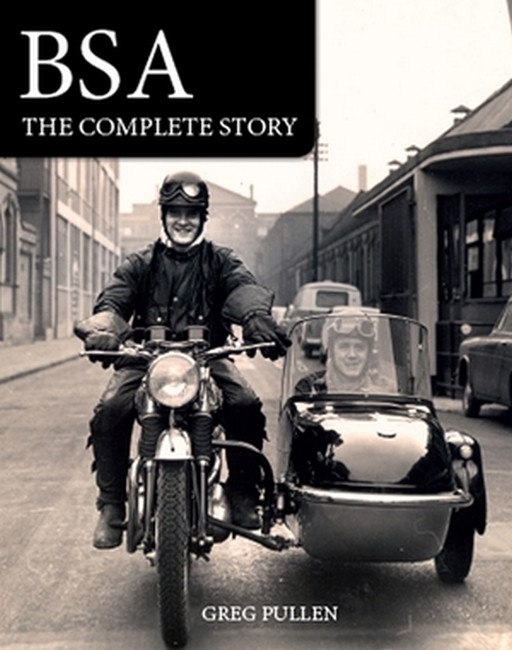 BSA was once the worlds most successful motorcycle company, manufacturing more machines than any other in the world by the mid-1950s. And yet, after winning the Queens Award to Industry for exports in 1967 and 1968, it collapsed into bankruptcy in 1973. This is an epic story of rise and fall, even by the precarious standards of the British motorcycle industry. With over 170 illustrations, this book recalls the founding of the company and its foray into bicycle and then motorcycle production. It describes the evolution of the various models of motorcycles including specification tables and discusses the diversification into cars, commercial vehicles and guns for Spitfires. It recounts the successes - two Maudes Trophies and numerous racing victories, and documents the fall from grace to bankruptcy and beyond.

Greg Pullen trained and enjoyed a career as a chartered surveyor, finally retiring as a Fellow in 2009 to pursue his interest in motorcycles and writing. His lifelong love affair with two wheels began in the era of the sports moped and Barry Sheene, growing up in rural Wiltshire during the long, hot summers of the 1970s. Greg has written for many magazines including Classic Bike, Classic Bike Guide and Bike, alongside his own publication, Benzina. He is also author of five other books for Crowood on Classic TT Racers, Ducati Desmodue, Moto Guzzi, The A-Z of Italian Motorcycles and Honda V4s, as well as his self-published Ducati and the TT.