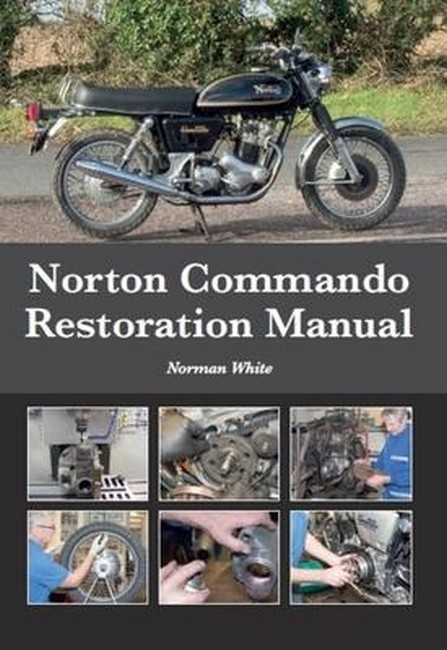 The Norton Commando is a motorcycle with an ohv pre-unit parallel-twin engine, produced by the Norton Motorcycle Company from 1967 until 1977. With over 700 colour photographs, this book provides step-by-step guides to restoring every component of this classic bike. Topics covered include how to find a worthy restoration project; setting up a workshop with key tools and equipment; dismantling the motorcycle to restore the chassis, engine cradle and swing arm; restoring the isolastic suspension, forks and steering; tackling the engine, transmission, carburettors, electrics, ignition and instruments and, finally, overhauling wheels and brakes, and replacing tyres. There is also a chapter on the assembly of a restored Five Times Machine of the Year motorcycle.

Norman White joined Norton-AJS in 1969 and worked on projects such as noise and emissions, component mileage proving, tyre development and performance testing. Later, he prepared the engine components and undertook track testing for the popular NVPS Yellow Peril production racers. In late 1971, Norman was responsible for the preparation and maintenance of the new racing machines designed by Peter Williams for Norton and he even partnered top racer Rex Butcher in the prestigious Thruxton 500 mile race in 1973 - which they won. Norman then joined Honda, where he controlled the preparation of the Honda Britain machines and he partnered Neil Tuxworth on a works Honda in the Spanish round of the World Championship 24 hour race. Norman started his own business Norman White Norton in 1981 specialising in maintaining and improving all aspects of Norton Commando motorcycles.