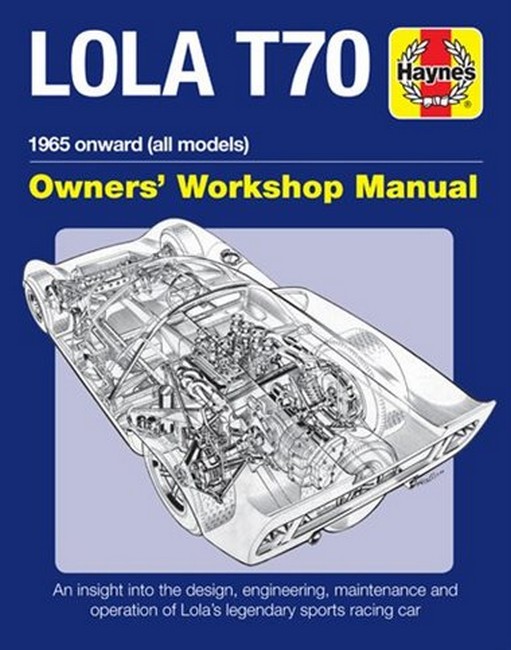 The Lola T70 was developed in 1965 for sports car racing - Lola built the chassis, which were typically powered by large American V8 engines, predominantly Chevrolets and Fords. The T70 was prolific throughout the mid- to late-1960s, and over 100 examples were built in three versions - both open-topped and coup models. The first successes for the T70 were in the US, and in 1966, the T70 dominated the Can-Am championship, winning five of the six races in the series - with John Surtees becoming champion in a Chevrolet-powered example. In 1968, T70s finished 1 - 2 in the Daytona 24 Hours, and the T70 was highly successful in the domestic UK and European championships, winning regularly. Today, Lola T70s are regular competitors on the historic racing scene, and examples are highly sought after by collectors. This Lola T70 Owners Workshop Manual looks at the design, evolution, anatomy and operation of the T70.

Chas Parker has written a number of books about motor sport, including Haynes Manuals for the D-type Jaguar and Bugatti Type 35. He was short-listed, together with co-author Philip Porter, for the 2017 RAC Motoring Book of the Year Award for his book on the 1953 Le Mans-winning C-type Jaguar.