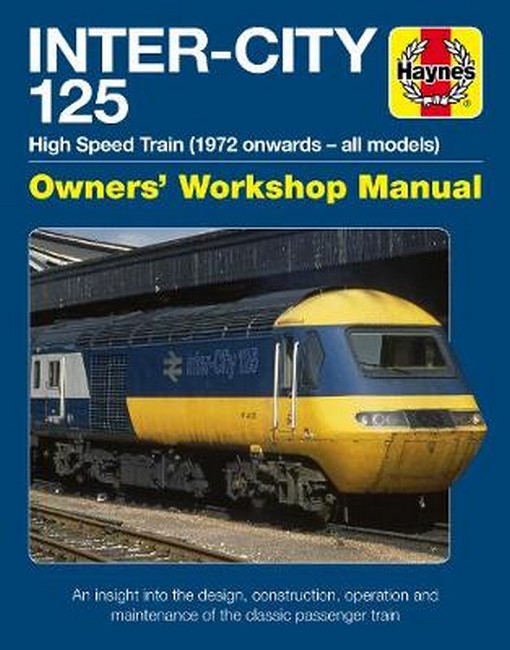 High Speed Train (1972 onwards - all models) by 125 Group Code: 56777 Format: Hardback / 176 pages Publication date: 03/06/2019 Availability: Available. Usually dispatched 1-3 business days Price: AU $50.93
The Inter-City 125 was the brand name of British Rail's High Speed Train (HST) fleet, which was built from 1975 to 1982 and was introduced into service in 1976. The Inter-City 125 train is made up of two Class 43 power cars, one at each end of a set of carriages (the number of carriages varies by operator). The train operates at speeds of up to 125 mph in regular service, making it the fastest diesel-powered train in the world, a record it has held from its introduction to the present day. After four decades, most of the HST fleet is still in front-line service, with various UK train operators. This fascinating Inter-City 125 High Speed Train Owners' Workshop Manual looks at the evolution and anatomy of the Inter-City 125, along with details of the operation and servicing of the trains, views from drivers, and details of how the trains were modernised for the 21st century.
Format: Hardback
Pages: 176
Illustration: B&W THROUGHOUT
Availability: Available. Usually dispatched 1-3 business days
Publisher: HAYNES PUBLISHING GROUP
Publication date: 03/06/2019
Country of publication: UNITED KINGDOM
Weight: 860 g
Dimensions: 270mm X 210mm
Code: 56777