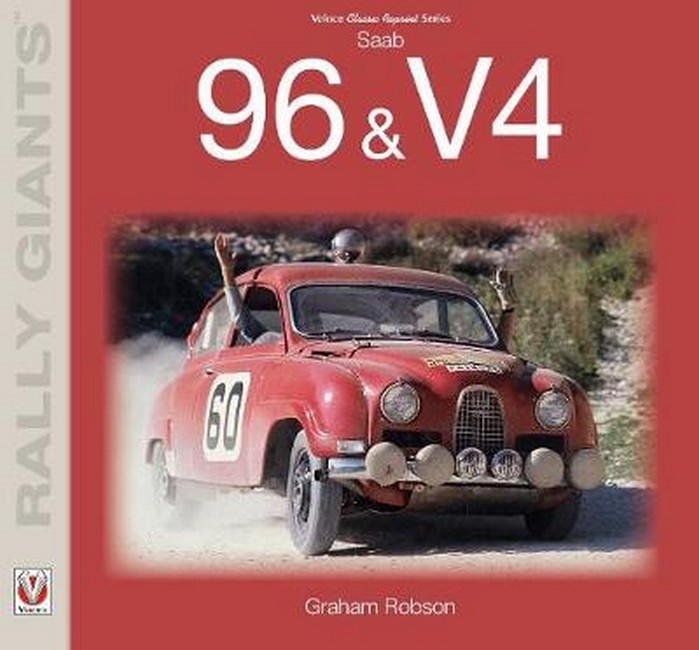 by Robson, Graham Code: 51864 Format: Paperback / 128 pages Publication date: 17/05/2018 Availability: Available. Usually dispatched from UK 1-2 business days Price: AU $33.98
The complete story of the front-wheel-drive Saab 96 made the brand into a rally icon in the 1960s. Superstar driving from Erik Carlsson, his wife Pat Moss-Carlsson and - later - from Stig Blomqvist, all brought real publicity and admiration for a car that always lacked the sheer straight-line performance of its rivals. Saabs like this, however, never wanted for strength, or for amazing handling and traction, and they succeeded in events as diverse as the Monte Carlo, Britain's RAC rally, special stage events in every Scandinavian country, and the rough-and-tough Spa-Sofia-Liege Marathon. The big change came in 1967, when the 96 became the V4, looking almost the same as before, but with a new and more powerful four-stroke Ford-Germany V4 engine. Works cars continued to be competitive in carefully chosen events for many years, and it was only the arrival of much more specialised rivals that made them outdated. Saab, though, was not finished with rallying, as the V4's successors, the much larger and more powerful 99 and 99 Turbo types, proved. More than any other car of its era, the 96 and V4 models proved that front-wheel-drive allied to true superstar driving could produce victory where no-one expected it.
Format: Paperback
Pages: 128
Illustration: B&W THROUGHOUT
Availability: Available. Usually dispatched from UK 1-2 business days
Publisher: VELOCE PUBLISHING LTD
Publication date: 17/05/2018
Country of publication: UNITED KINGDOM
Weight: 0 g
Dimensions: 195mm X 210mm
Code: 51864