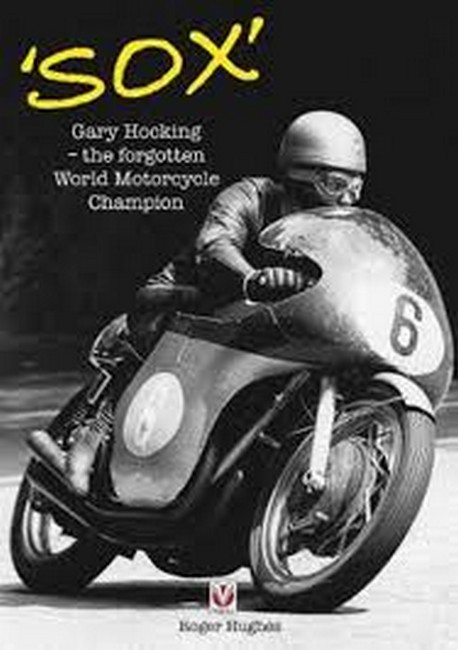 Gary `Sox Hocking raced against the likes of Geoff Duke, Mike Hailwood and John Surtees, and eventually became double world champion - yet his name remains largely forgotten. He retired at an early stage in his career, and the explanation so often given for this ultimately proved far removed from the real reason. Roger Hughes fascinating book is a positive celebration of Hockings life and career. Stories reveal how he went from riding a motorbike to work to becoming world champion - a riveting journey, made more so by being told by those who were close to him. Garys decision to move to car racing because it was safer, only to then be killed in a car, makes for a tragic end to his tale. This book explores the many suggestions as to how the accident happened. With photos covering Hockings early career racing Nortons in South Africa, through to his final motorcycle ride, at the 1962 Isle of Man TT - a win that was, in many ways, so important to him - this book is a fitting tribute to a forgotten champion. This popular book is now available in paperback.

Roger Hughes is a TV and radio sports broadcaster with over forty years experience. He has worked as Sports Editor at BBC Radio Merseyside, one of the largest local BBC stations in the UK, Radio Five Live, and, after leaving the BBC, Sky television. It was while Roger was at BBC Radio Merseyside, that he produced documentaries about the Isle of Man TT, and soon gained an affection for the motorcycling fraternity. Moving to South Wales, he came across the Gary Hocking story, a gripping tale which needed to be told.