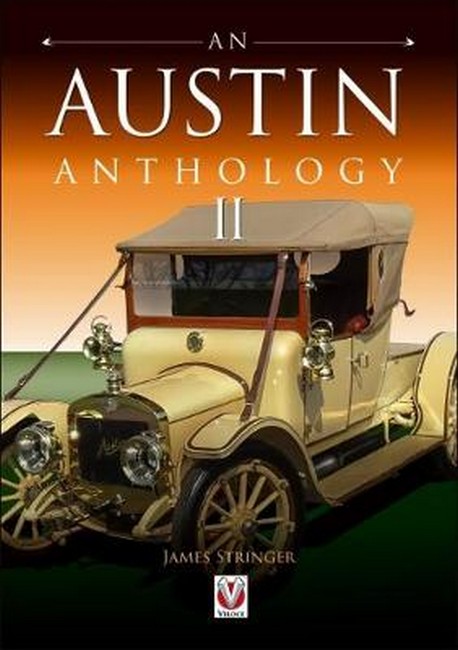 by Stringer, James 'Jim' Code: 55267 Format: Hardback / 144 pages Publication date: 15/05/2019 Availability: In Stock. Usually dispatched same business day from Sydney, Australia Price: AU $32.99
Following on from Jim Stringer's first book `An Austin Anthology,' this second volume features 20 more stories relating to the Austin Motor Company, its products and the people who purchased them. The author takes a look at the very first Austin to be built, and discovers why it was able to be offered to the public so quickly after the Company's formation only a few month's earlier. He also uncovers how the single-cylinder Austin Seven, whilst designed at Longbridge, was actually built at the Swift Motor Car factory in Coventry, and offered as a Swift or an Austin. In 1908 Herbert Austin produced four 100hp racing cars to compete at the French Grand Prix in Dieppe. But what happened to them afterwards? And is the only survivor, now on display at the British Heritage Museum, Gaydon as genuine as it would appear? And then there is the story of Daisy Fearon, whose only means of transport was a 1928 Austin which she'd owned since 1931. As Daisy aged, her driving became less and less predictable, causing those who knew her to run for cover when she was seen at the wheel. An amusing and nostalgic collection of stories, illustrated with original period photographs, An Austin Anthology II is bound to entertain and delight all Austin enthusiasts.
Format: Hardback
Pages: 144
Illustration: B&W THROUGHOUT
Availability: In Stock. Usually dispatched same business day from Sydney, Australia
Publisher: VELOCE PUBLISHING LTD
Publication date: 15/05/2019
Country of publication: UNITED KINGDOM
Weight: 400 g
Dimensions: 210mm X 148mm
Code: 55267