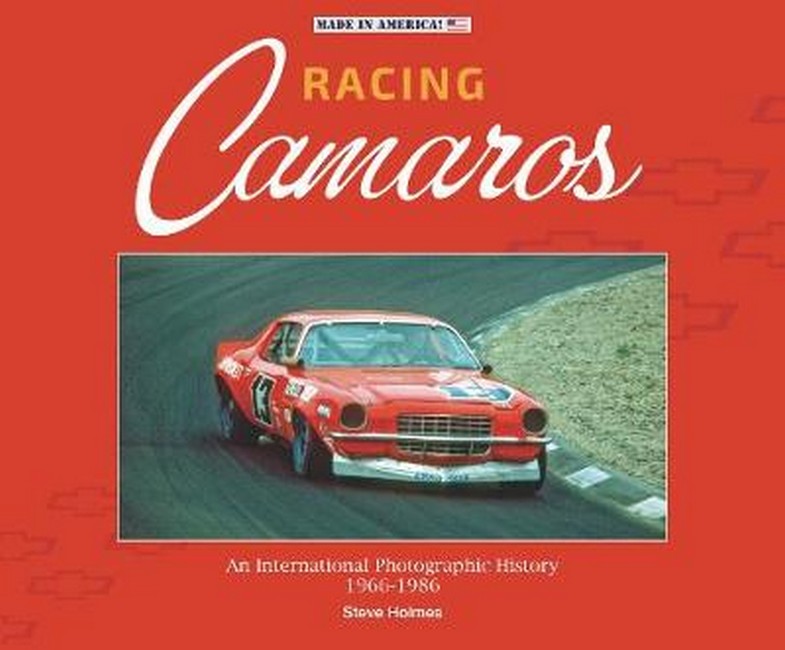 Chevrolet created the Camaro in response to the runaway sales success of the Ford Mustang, the first pony car. The Mustang went on sale in April 1964, and by August that same year, General Motors launched an intensive program to bring its own pony car to market. In September 1966, the Camaro went on sale. Chevrolet wanted the Camaro to be better than the Mustang in every area, including style, ride-quality, and performance. To that end, with the Mustang having already achieved so much racing success, Chevrolet wanted to beat it on the track also. Racing Camaros: An International Photographic History 1966 - 1986 is a photographic celebration of road racing Camaros throughout the world. It focuses on production-based cars, rather than the heavily modified tube-frame silhouette machines that began appearing in the late 1970s. Included are images of big-budget factory-supported cars competing in the Trans-Am series, right through to low-buck independents, and cars competing throughout the world. For the first time, the international road racing representation of the Camaro is featured in a book, which includes countless photos that have never been published. Technical detail is provided throughout, from concept and design, right through its racing career, and the challenges and developments that took place to make it a winner. Only period images have been used. This is a true photographic history depicting the global popularity of the Chevrolet Camaro as a road racing car.

Steve Holmes was born in Palmerston North, New Zealand. His fascination with motoring and motorsport dates back to his youth. He has a High School Certificate education, but has completed various university papers and practised various trades, including marketing and MIG/TIG welding. Steve began racing Karts at the age of 16, and continued until he moved to London, England, at age 21 where he lived for two years. He took an interest in motorsport history as a teenager, and has since written numerous magazine articles and books on the subject, and is involved in running a historic racing category in New Zealand. He is in the process of building an FIA Appendix K 1967 Pontiac