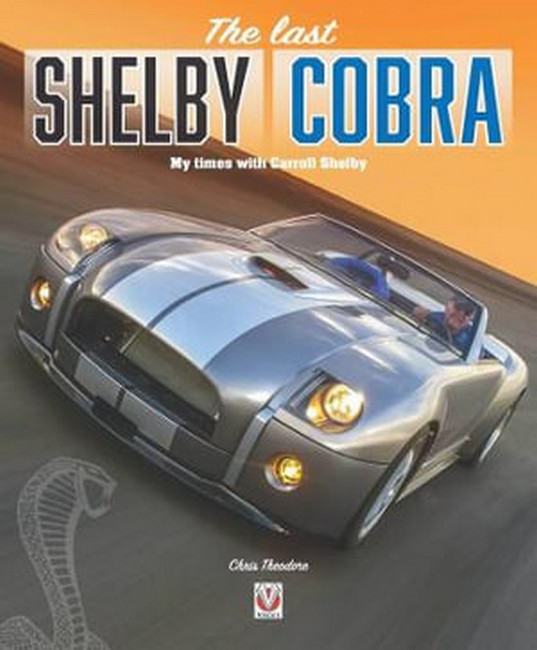 My Times with Carroll Shelby by Theodore, Chris Code: 61017 Format: Paperback / 160 pages Publication date: 28/09/2021 Availability: In Stock, usually dispatched same day Price: AU $51.89
Now in Paperback! Carroll Shelby, legendary driving ace, race team owner, and designer of Shelby Cobra, Daytona, and Mustang GT350 classics is revered by automotive enthusiasts, yet little has been written about the last quarter century of Carroll Shelby's life. During that time Chris Theodore, VP at Chrysler and Ford, developed a close personal friendship with Carroll. The Last Shelby Cobra chronicles the development of the many vehicles they worked on together (Viper, Ford GT, Shelby Cobra Concept, Shelby GR1, Shelby GT500 and others). It is an insider's story about how Shelby came back to the Ford family, and the intrigue behind the five-year journey to get a Shelby badge on a Ford Production Vehicle. The author provides fresh insight and new stories into Shelby's larger-than-life personality, energy, interests and the many unpublished projects Carroll was involved with, up to his passing. Finally, the book describes their unfinished project, the Super Snake II Cobra, and the serendipitous circumstances that allowed to the author to acquire 'Daisy,' the last Shelby Cobra. To his many fans, Carroll Shelby was truly 'the most interesting man in the world.'
Format: Paperback
Pages: 160
Availability: In Stock, usually dispatched same day
Publisher: VELOCE PUBLISHING LTD
Publication date: 28/09/2021
Country of publication: UNITED KINGDOM
Weight: 500 g
Dimensions: 246.00mm X 206.00mm
Code: 61017

As former Engineering Vice President at the Ford Motor Company and Chrysler Corporation, Chris Theodore worked closely with Carroll Shelby on such vehicles as the Dodge Viper, Ford GT, Shelby Cobra Concept, Shelby GR1, and Shelby Mustang GT500. Production vehicles developed under his direction include the Chrysler Minivan, PT Cruiser, Plymouth Prowler, 2002 Thunderbird, 2005 Ford GT and Mustang, among many others. During his tenure at Ford and Chrysler, Chris developed a close friendship with Carroll Shelby. He holds BSME and MSME degrees from the University of Michigan, and an MBA from Michigan State University. He has had a lifelong passion for all things automotive, and is often credited as the Father of the 2005 Ford GT.