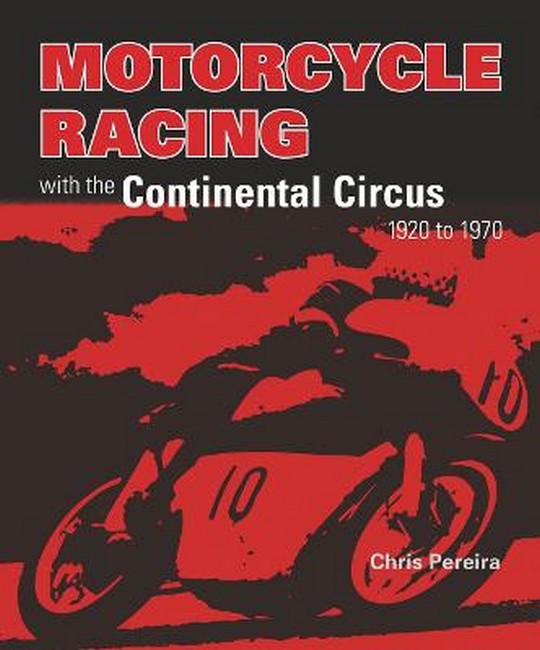 Motorcycle Racing with the Continental Circus 1920 to 1970

A fascinating history of European motorcycle racing, going back to a period far removed from the world of Moto GP today: a time when many young men from all walks of life decided to give up their livelihoods in favour of earning their living by racing motorcycles on the dangerous public road circuits of the European Continent. It was a nomadic existence that involved travelling from circuit to circuit, circus fashion, hence the title Continental Circus. The book begins with the pre-war period, when many young British riders travelled to the Continent to take part in the Grand Prix races, held from around 1920 and across Europe. British riders such as Alec Bennett, Stanley Woods, Jimmy Guthrie and many more, gained notable success and established their reputations on the European circuits. Moving on to the post-war era, the book details the riders from around the world who joined the Circus - self-financed privateers from Australia, New Zealand and South Africa. The 1950s and 60s were the days of the true Continental Circus, when private riders earned their living riding all over the continent. The book also covers the development of the machines that became the essential tools of the private riders, and the eventual demise of the Continental Circus in the 1970s, due to new safety regulations and the escalating cost of racing. Chris Pereiras historical account is sourced both from first-hand experience of racing, and from his own vast library of racing history records and photographs.

Born in Sri Lanka, Chris became interested in Motorcycle Racing in the late 1940s after reading the Motor Cycle and Motor Cycling magazines and acquiring his fathers scrapbooks of pre-war TT riders. He emigrated to England in 1955 and worked for racing dealer Arthur Taylor who was the sponsor and father-in-law of former World Champion Cecil Sandford. He attended many race meetings during the 1950s and 1960s, and then started Club Racing briefly in 1965, followed by more extensive Vintage and Classic racing from the 1970s to 2015. Chris rode in the Classic Manx GP in 1984 and the Classic TT in 1990. He has an extensive library covering all aspects of motorcycle racing, both pre-war and post-war, and a photo library of over 1000 racing photographs. He was also historian to the TT Riders Association.