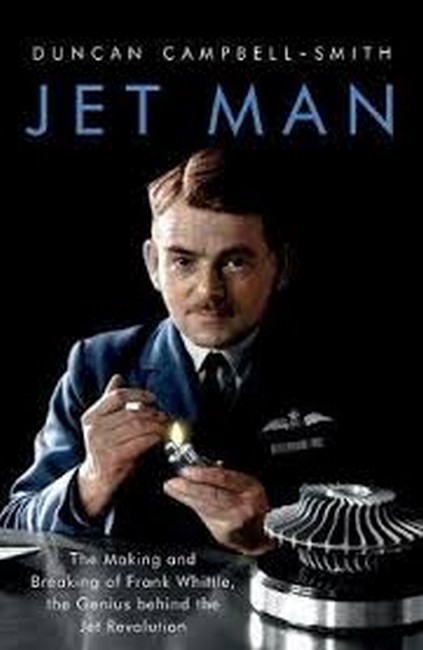 The story of Frank Whittle - RAF pilot, mathematician of genius, inventor of the jet engine and British hero. In 1929, a twenty-two-year-old maverick named Frank Whittle - a self-taught aeronautical obsessive and risk-takingly brilliant RAF pilot - presented a blueprint for a revolutionary, jet-powered aircraft engine to the Air Ministry. His idea had the potential to change the course of history, but it was summarily rejected.

In this meticulously researched biography, Duncan Campbell-Smith charts Whittles stoic efforts to build his jet engine in the interwar years, during which he was constantly frustrated to find his ground-breaking project impeded by bureaucratic inertia until the outbreak of war in 1939. Eventual recognition of the importance of his work by the British government came too late for Whittles invention to play a major part in the Second World War, but after the war his dream of civilian jet powered aircraft was gradually realized - eventually transforming the entire world of air travel. Gripping in its narrative, authoritative in its technical detail and insightful in its judgements, Jet Man is the definitive telling of the life of an engineering icon and unjustly neglected British hero of the Second World War - and a tantalizing tale of what might have been.

Reviews for Jet Man: A very well-written and long overdue corrective account of an extraordinary man James Hamilton-Paterson Highly readable, and based on thorough research, Jet Man casts new light on the intense, heroic character of Frank Whittle and his revolutionary invention. The tale of how he overcame all the obstacles in his path is a gripping one. What also makes Duncan Campbell-Smiths narrative compelling is the way the complex mechanics of jet propulsion are so clearly explained Leo McKinstry