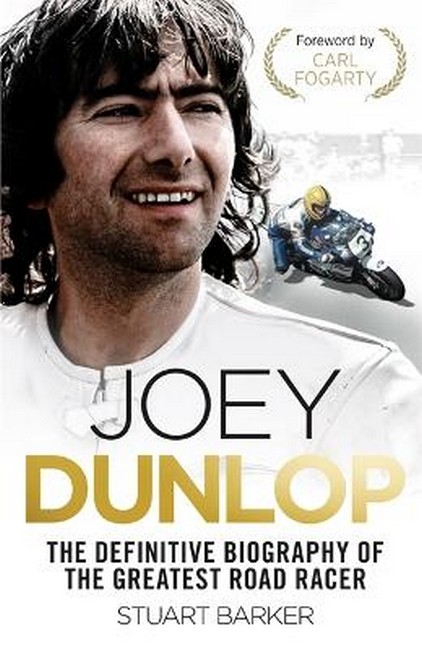 With a foreword by Carl Fogarty A worthy and fitting tribute to the King of the Roads - Irish News Joey Dunlops story is one of towering triumphs and desperate tragedies in almost equal measure. Born poor - dirt poor - with no running water, no electricity, he was the definition of the everyman hero, in what must be considered one of the worlds most extreme sports - motorcycle road racing. He remains the most loved and most successful road racer of all time. Joey Dunlop won the hearts and minds of millions during his thirty-one-year career, culminating in the year 2000 at the Isle of Man TT when, grey-haired and bespectacled, he cemented his reputation as the greatest TT rider in history by regaining the F1 crown for the first time in twelve years. But in road racing, tragedy is never very far away. Joey lost his life in an accident in July of 2000. It was just weeks after his final TT victory. More than 60,000 people attended Joeys funeral. Over twenty years on, the sport has never truly recovered. Every motorcycling lover knows the legend of Joey Dunlop but now, for the first time, they can get to know the man himself. This definitive new biography is by turns hilarious, triumphant and tragic; it is Dunlops story as it has never been told before - by those who were part of it.

Stuart Barker, born in Galloway, Scotland, graduated from Strathclyde University in 1996 and began working as a motorcycle journalist for Motor Cycle News. Freelance since 2001, he has written for most of the major motorcycling titles and was editor of the Isle of Man TT programme for eight years. He has written eight books including a bestselling biography of Barry Sheene and a biography of Evel Knievel which is set to be made into a major Hollywood movie. Other works include biographies of Valentino Rossi, Niall Mackenzie, Steve Hislop and David Jefferies and a history of the TT races. He lives in Kettering, Northamptonshire.