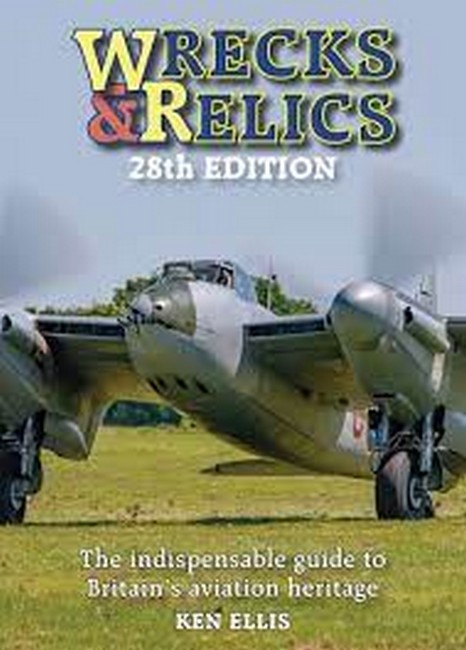 Now remarkably in its 28th edition, ever since it was first published in the 1960s every edition of Wrecks & Relics has been eagerly sought after by aviation enthusiasts, restorers and curators alike. It is renowned as the go-to source charting the highlights, changes and trends in the preservation of the aviation heritage of the British Isles. With in-depth coverage of more than 700 locations across the UK and Ireland, it charts over 5000 aircraft including their potted histories, build and arrival dates. Wrecks & Relics is the only publication required to discover the incredible aeronautical treasures found across the United Kingdom and in Ireland. It provides a trusted, comprehensive rundown of museums and their exhibits - static or flying - workshops, military gate guardians, stored and instructional airframes. It also reveals redundant airframes being used for the most unlikely of purposes, including for glamping and at paint-ball sites. Each edition is illustrated with both colour and black and white photographs and fully indexed making easy the task of where to go over the weekend, or where to find an extant example of a favourite aircraft. Whether it travels in the car or sits on the bookshelf, this new and fully revised edition of Wrecks & Relics will continue to be the most useful and accurate companion to the aviation heritage of the British Isles, which will be referred to again and again.

Child-of-the-Fifties, Liverpudlian Ken Ellis has written on aviation topics since 1972, when his first article appeared in (the original) Aviation News. He has scribbled for Key Publishings FlyPast since its prototype days in 1981 and edited the journal in two sessions, totalling 24 years. Among many other roles for Key, he launched AirForces Monthly in 1988, was editor of Air Enthusiast 1990-2003, and produced more one-off special publications than he cares to remember! Outside of FlyPast, Ken is best known for Wrecks & Relics, the biennial bible of the UK preservation movement. Written by Ken since 1974, Wrecks & Relics is now in its 28th edition. Between 2011 and 2017 Ken wrote a well-acclaimed trilogy devoted to Britains aviation museums: Lost Aviation Collections, Great Aviation Collections and Local Aviation Collections. His two-volume Testing to the Limits, devoted the British aircraft industrys test pilots, appeared in 2015 and 2016. All of these titles are published by Crecy. Ken is author or co-author of a dozen other titles. Ken got his private pilots licence in 1991, driving a variety of puddle-jumpers and, very occasionally, bigger metal. Airshow commentary is something hes enjoyed since the early 1980s; his favourite event is the award-winning Old Buckenham Airshow. An avid gardener, Ken is killing less plants year-on-year. He lives in the Peoples Republic of Rutland with former wing-walker Pam and a cat called Rascal.