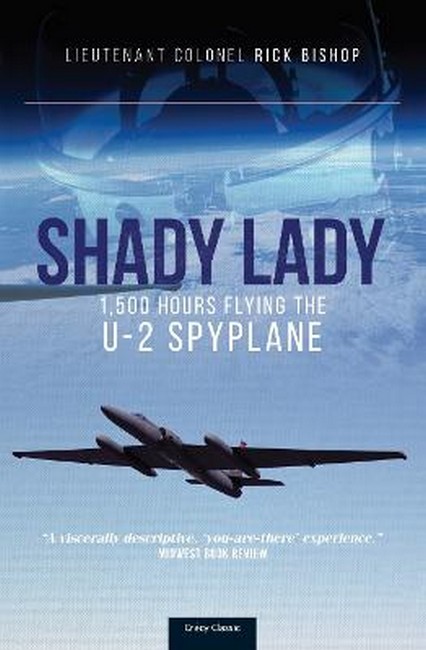 At the very edge of the atmosphere, invisible against the deep indigo sky, lurks a spy plane so sophisticated that it replaced the SR-71 Blackbird some 30 years ago. Its flat black shark-like skin deflects and absorbs all but the most advanced radars, leaving it to roam undetected while silently gathering detailed intelligence. Considered a National Asset the U-2 Dragon Lady, in its various forms, has been in continuous military service for over six decades. Indeed she is deemed so important that she has enjoyed three separate production runs at the super-secret Lockheed Skunk Works, each time emerging with new and highly classified intelligence gathering capabilities. Rick Bishop, a former U-2 pilot, takes the reader deep into the Black World of air-breathing (non-satellite) reconnaissance, with a revealing and detailed account of the trials and challenges of flying a machine widely acknowledged as the most dangerous aircraft in the world, as well as revealing the personalities and adventures of some of the elite cadre of hand-selected pilots who have the right stuff to tame the Dragon Lady. From the gruelling two-week interview process, through early training flights to many exploits flying top-secret missions around the world, and his eventual rise to Commander, the author sheds new light on a world that is largely unknown outside the tight-knit fraternity of U-2 pilots and support personnel.

Growing up in the suburbs of Miami, Florida during his care-free years of the 50s and 60s, Rick Bishop was captivated by aviation and dreamed of one day piloting an airplane to faraway destinations. Soloing at the age of 16, his passion for flight knew no bounds and during his third year of college, he enlisted in the Army Aviation program leading to 1,000 hours of helicopter combat time in Vietnam. After his early release from the Army, he joined the Air Force to fly jets which led to his selection for special duty as a U-2 pilot and culminating, 12 years later, in taking command of the only operational U-2 squadron in the U.S. He later joined American Airlines where he remained until federally mandated retirement. After fifty rewarding years of piloting civilian, military and airline aircraft, his childhood dreams had been realised.