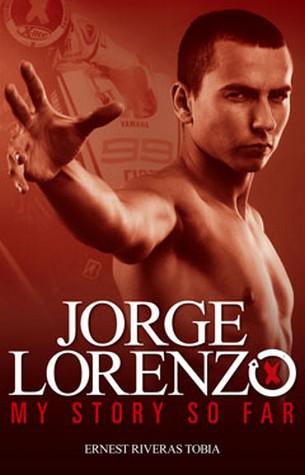 by Ernest Riveras Tobia Code: 22827 Format: Paperback / 320 pages Publication date: 01/07/2010 Availability: In Stock. Usually dispatched same business day from Sydney, Australia Price: AU $14.97 (was AU $24.95) You save AU $9.98
He may be young, only 22, but he has so much to say. In this riveting book, updated for this paperback edition to include a new chapter covering the 2009 season, MotoGP's brightest new star, Jorge Lorenzo, tells it straight, taking the reader straight to the emotions, conflicts and tensions at the heart of top-level motorcycle racing, as well as revealing intimate and thoughtful insight into his own journey to the top of his sport as team-mate to the great Valentino Rossi - and quite possibly a future holder of Rossi's World Champion crown. Everyone loves the non-conformists of sport and here is the personal story of a genuine maverick, told with honesty and charm.
Format: Paperback
Pages: 320
Illustration: COLOUR THROUGHOUT
Availability: In Stock. Usually dispatched same business day from Sydney, Australia
Publisher: HAYNES PUBLISHING GROUP
Publication date: 01/07/2010
Country of publication: UNITED KINGDOM
Weight: 354 g
Dimensions: 198mm X 127mm
Code: 22827

Updated to include Lorenzo's superb 2009 season, in which he won four races and finished second behind team-mate Rossi in the World Championship. How Lorenzo reached the top from working-class roots, encouraged by his father from infancy. The winner of two successive 250cc World Championships, in 2006 and 2007. His 2008 MotoGP season saw a start of unprecedented brilliance for a rookie, with three consecutive pole positions and, in the third race, his first victory. Huge crashes - the worst a massive 'highside' at Laguna Seca in 2008 - and accompanying injuries have punctuated his first two MotoGP seasons.
Jorge Lorenzo's collaborator on this book is well-known Spanish journalist Ernest Riveras Tobia, who is lead commentator on MotoGP for the Spanish national television network TVE, and lives in Barcelona.