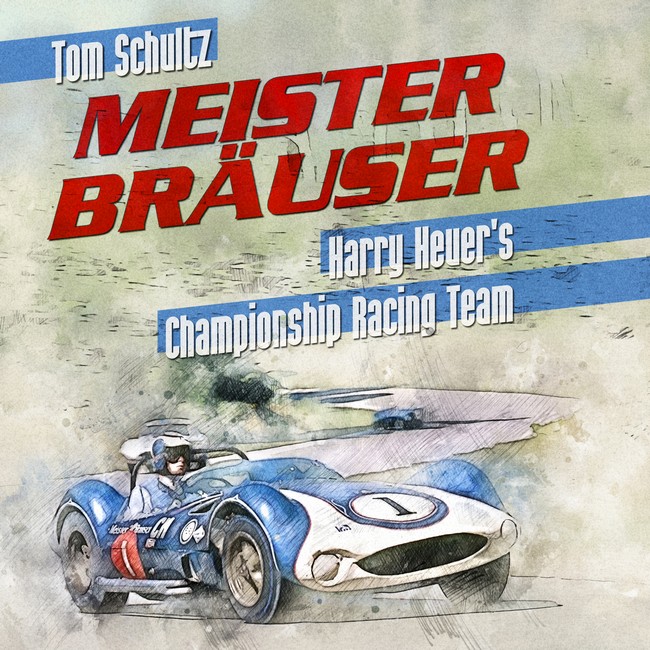 In early 1959, young Harry Heuer, Executive Vice President of the Peter Hand Brewery, Chicago, Illinois, caught the racing bug. He immediately bought a race carand entered it in the May 1959 Meadowdale USAC professional race. At the same time, Reventlow Automobiles Inc., builder and racer of the Scarab, put both of its 1958 race-winning Scarabs up for sale. Heuer bought one, hired Augie Pabst to drive it, and an unprecedented run of wins and championships resulted.

An unforeseen chain of events later in 1959 resulted in the newly-formed Meister Bräuser Racing Team purchasing the second of the two Scarabs, which meant that Heuer had what were arguably the two best sports racing cars in the country united in one team. The results were immediate. A championship in 1959, and a streak of race wins throughout 1960 that earned a second championship. Over the next three seasons three more championships were garnered.

Besides its on-track successes, Meister Bräuser was a leader in promoting team identity. It was one of the first to utilize an enclosed tractor trailer rig to, not only transport the cars, but also to be a rolling at-track machine shop. They owned a small pit tractor to tow the cars around the paddock and had support passenger vehicles available for the crew. All the vehicles were painted in the team colors of dark metallic blue trimmed with white and accented by red pin stripes. The team members were outfitted in matching uniforms and were often flown to the races rather than left to drive cross-country.

The Team ran for only five years, but in that time set a mark for professionalism, wins and championships. They raced hard and played hard. This book recounts the history of the team with their triumphs and their failures. We think that you will find it enjoyable reading, and a valuable look into American racing in the early 1960s.

The book will be officially released at Road America Historics event on July 18, 2019. It will be available from July 18 in the USA and from July 4, 2019 in the UK, Europe and the Rest of the World.